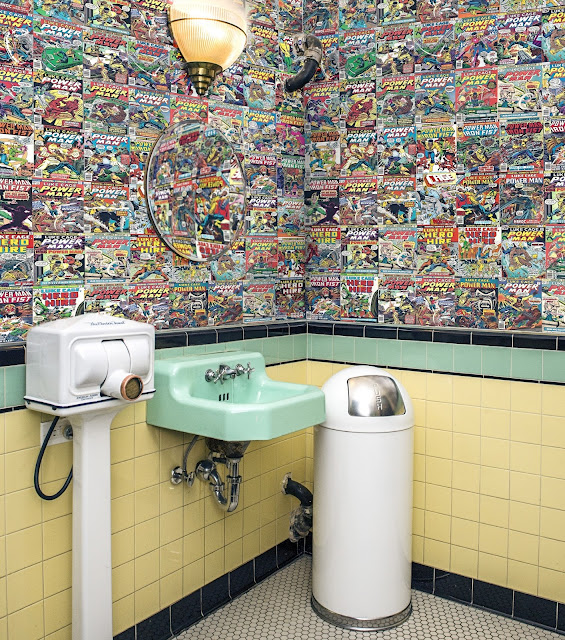 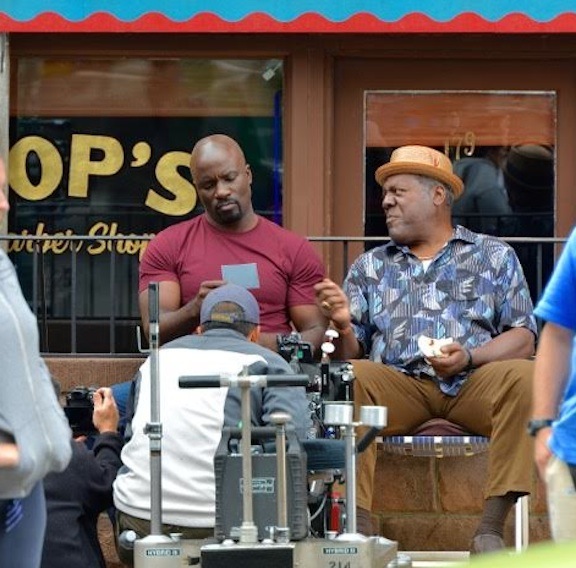 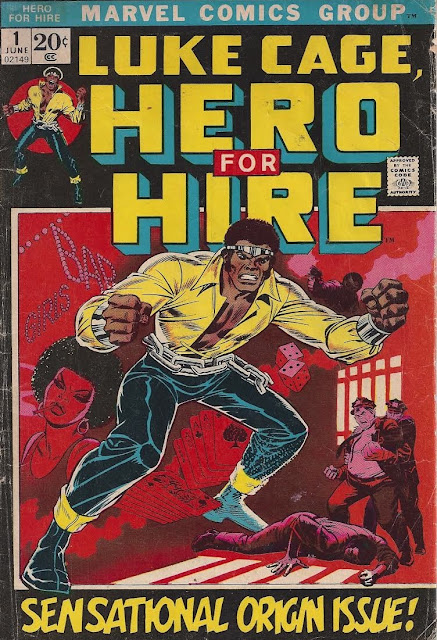 Harlem's first Marvel Comics superhero Luke Cage had origins in the 70s but will be featured in a more updated Netflix series this fall.  We mentioned that Harlem Shake on Lenox by 124th Street had one comic book cover up in the dining area but now one of the owners reached out to us to reveal that the new 2nd location now under construction in East Harlem on Second Avenue will have an homage to the character also known as Power Man.

As with the bathroom at the Lenox Avenue location, there will be decoupage wallpaper in the bathroom but the El Barrio address will have all Luke Cage comic book covers lining the wall. Actor Mike Colter who plays the hero has been filming around the Mount Morris Park Historic District (2nd photo) and has even autographed a photo for Harlem Shake.  Another interesting point of reference is that Mr. Colter use to live on Lenox Avenue right across from Harlem Shake earlier on in his career.    Read more about Luke Cage in our past post: LINK
Posted by Ulysses at 11:48 AM