LGBT: PORTRAITS OF PRIDE AT MCNY 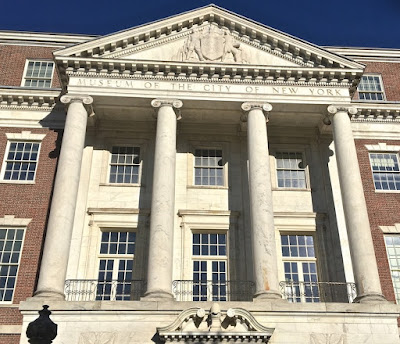 Thursday, June 6th, 6:30PM-8:30PM, Portraits of Pride at Museum of the City of New York, 104th Street and Fifth Avenue.  MCNY celebrates the 50th Anniversary of Stonewall with an evening of film and discussion about the lives of two remarkable LGBT activists.

Storme: The Lady of the Jewel Box (21 min, 1987) traces the life of Stormé DeLarverie, a lesbian activist rumored to have thrown the first punch at Stonewall. She was also the famed Master of Ceremonies of the Jewel Box Revue, a touring company of female impersonators that started at Harlem’s Apollo Theater.

Happy Birthday, Marsha! (14 min, 2018) explores the hours before iconic transgender activist and performer Marsha P. Johnson found herself on the doorstep of history in Greenwich Village the night of June 28th, 1969.

For more details and ticket information, check out the official MCNY site: LINK