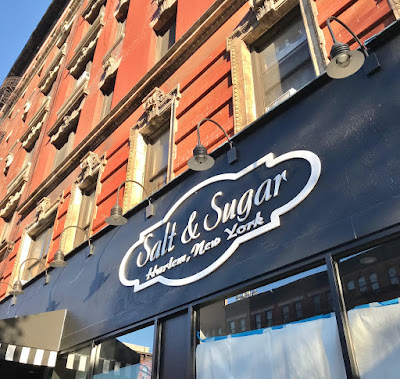 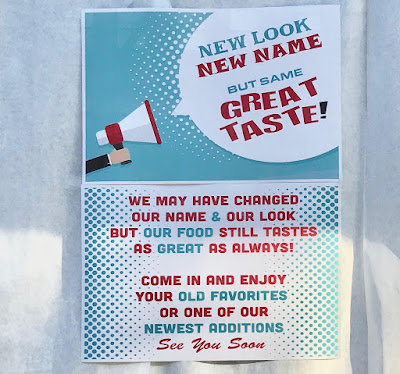 Harlem Bespoke:  Whaddapita opened and closed within a year's time on Amsterdam by 141st Street and now new signage has gone up on the site.  We previously saw that the storefront had transformed from baby blue to sophisticated black last month and the name out front had change to Salt & Sugar. We assumed that this will probably be more like a cafe based on the new name and another sign had just recently been posted as can be seen above.  Seeing that the original incarnation was a Greek pita spot, we now expect some sort of casual eatery that has a Mediterranean theme to the the overall ambiance which will include traditional pastries when things finally open up.  More on Whaddapita can be found in our past post: LINK