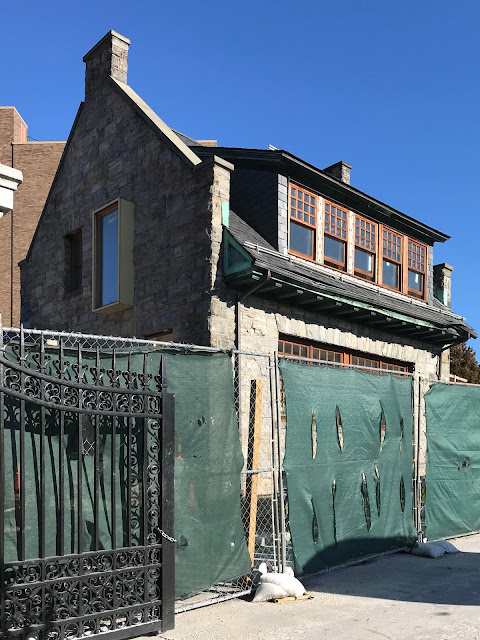 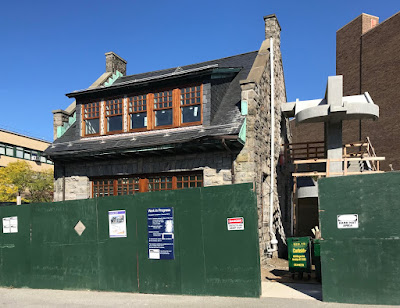 Harlem Bespoke:  We noticed that original entrance gatehouse at 116 Convent Avenue and 133rd Street had been going under some construction at the end of last year and was curious to see what everything was about.  This part of the City College campus has mostly new architecture but the historic building in question is probably over 100 years old and is a remanent of the southern section which actually had a massive convent that the main boulevard would be named after. 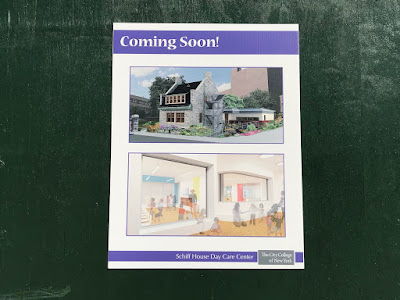 Based on the renderings up on the plywood out front, the restored building will also have some contemporary additions next door and the day care center for students with children will open again in the coming months.  As for the aforementioned legendary convent of Convent Avenue, not many original photos exist but we do have one shown in our past post: LINK