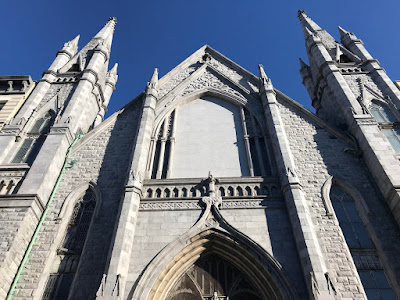 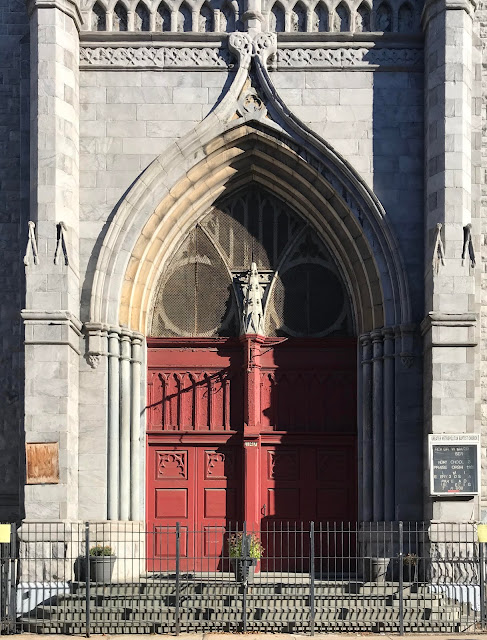 Harlem Bespoke: One of grand local African-American churches went up for sale at 147-149 West 123rd Street for $6.25 million this past October but there is a bit of light at the end of the tunnel.  The Greater Metropolitan Baptist Church which is a 9,418-square-foot neo-Gothic church in the Mount Morris Park neighborhood is actually protected as an official New York City Landmark since 1994.  This means any new developer that comes in can not demolish the site but would have to make some sort of adaptive reuse effort either as a combined residential development or maybe even some sort of event space.  Everything out front would have to eventually be restored accordingly and maybe the stained glass will come back one day.

On another historic note, this bluish-gray Vermont marble house of worship located just east of 7th Avenue was constructed in 1897-98 by a German-American congregation and was originally the Saint Paul’s German Evangelical Lutheran Church.  Greater Metropolitan Baptist has been housed at the landmark building since 1985 and most likely faces the challenges of dwindling congregations that has been a common story uptown in the past decade or so.  A final note to point about the listing is that a cash only deal will be accepted.  More details can be found on the broker site: LINK