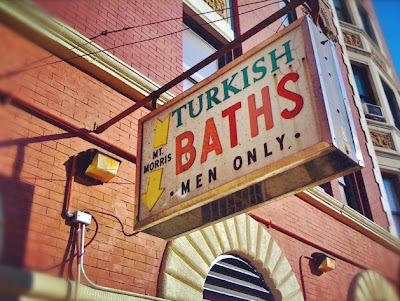 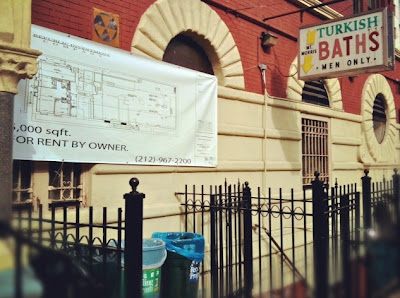 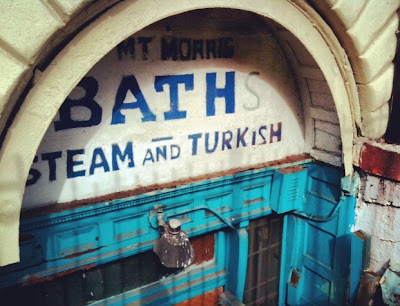 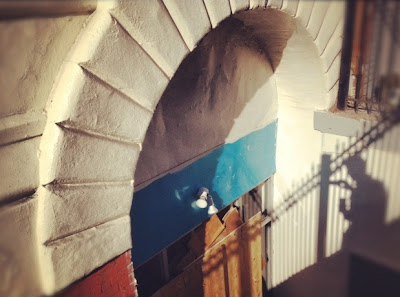 The Mount Morris Turkish Baths at the south corner of Madison and 125th Street was up for lease a couple of years ago and it now appears either something new is moving in or the landlord just decided to erradicate any trace of the historic spot. All signage has now been removed that pointed out the arched sub-level space with painted lettering over the doorway. This cellar commercial space was a sauna opened by doctors in the area during the early 1890's which means this establishment might have been in full operation for about century.  An article in the New York Times from 2003 reports that the baths became a gay establishment in the 1930's but had in recent years became just "a meeting place" for men before it shut down: LINK.

The owner, who's wife has had the establishment in the family since the early 1900's, lives upstate and is apparently trying to lease out the 5,000 square foot iconic gay Harlem institution based on the said article.  In our opinion, this would really be a great place for an actual gay bar or speakeasy in this part of town since they all disappeared a long time ago. Now all the decorative woodwork has been removed from the doorway which has now been replaced by a non descript steel and glass portal.
Posted by Ulysses at 12:56 PM