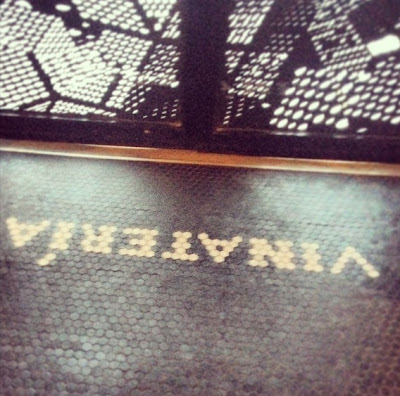 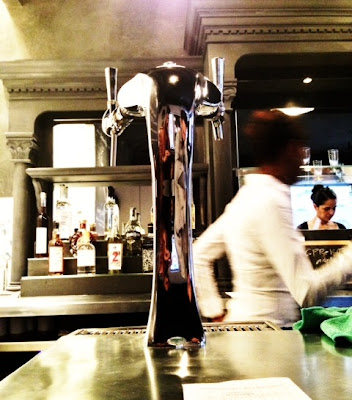 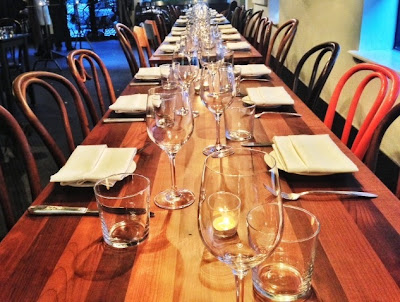 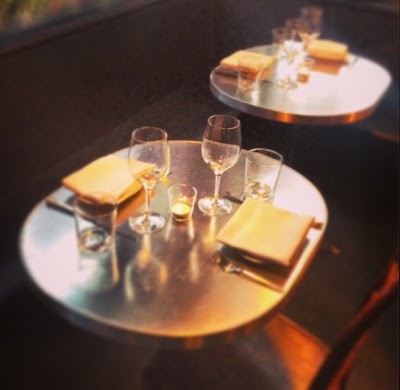 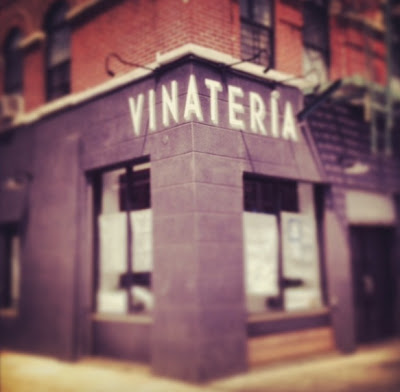 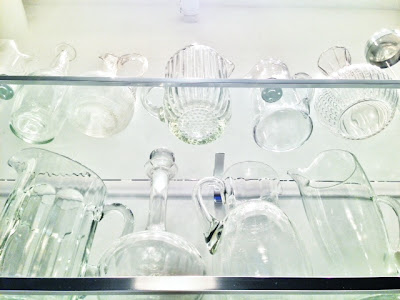 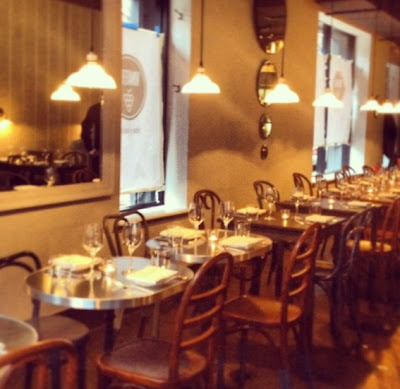 Vinateria on FDB/8th Avenue at 119th Street has confirmed they will be starting dinner service tonight at 6:00 PM and we were lucky enough to get a preview last night.  The gracious owner Yvette is a Harlem  resident who has seen the area change over the past decade and has come up with a modern italian eatery that has a lot of old world charm to it.

An original storefront at this corner of the FDB corridor was formerly a completely gutted space that lacked character but designer Jonsara Ruth has brought back a bit of old Harlem with reclaimed Thonet chairs that have been randomly painted with bright colors, a floor of old school unglazed black hex tiles, elegant antique milk glass lamps and a collection of impressive crystal are on display.  An old painted church pew that serves as the corner banquet out front has a rich contrasting hew that accents the zinc tables.  There is also a zinc bar which serves up cocktails and has a tap that makes sparkling water on site.  Everything was done on a tight budget but Vinateria now has the most sophisticated space on Frederick Douglass Boulevard and is worth visiting just for the design of the interior.

As far as the menu is concerned, South Harlem should expect another reasonably price establishment that will be affordable enough for diners to visit a couple of times a week.  A preview menu was served last night which feature grilled octopus salad, hand-cut beef tartare, fava beans with mint agnolotti in brown butter and a rosemary panacotta.  There are also less exotic offerings include striped bass and strip steak for those who want a less complicated meal.

Folks who want to show support for this local business or have regular updates should "like" Vinateria on their official facebook site: LINK
Posted by Ulysses at 9:30 AM