DRINK: FIRST LOOK AT THE HONEYWELL 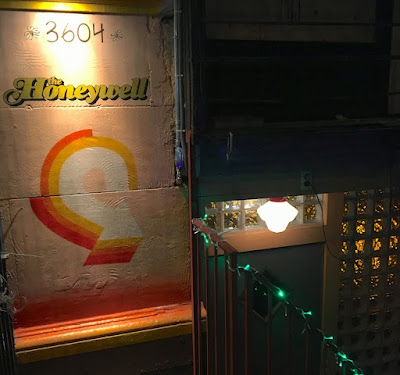 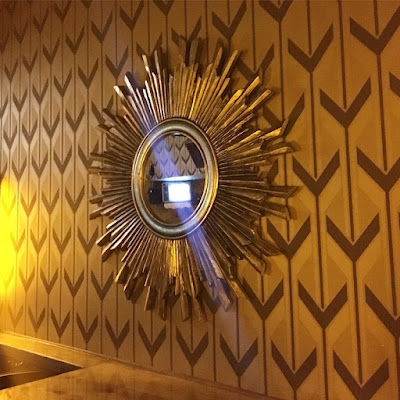 The Honeywell quietly opened in Hamilton Heights last week on Broadway by The Chipped Cup just north of 148th Street and is definitely the best bar to open uptown this year.  We did not know what to expect because everything was rather hushed about the entire concept which appeared to a spin on the Boogie Nights era but turned out to more Mad Men at the end.  This new 40-seater will be the spot to be at in the new year but the hours are rather limited with reservations required for larger groups. 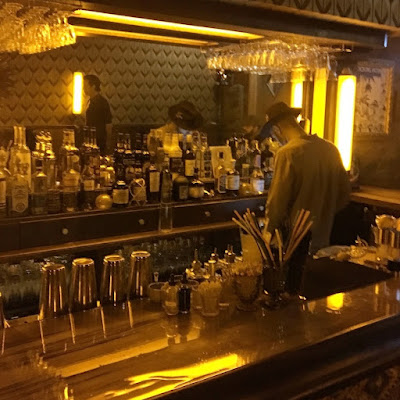 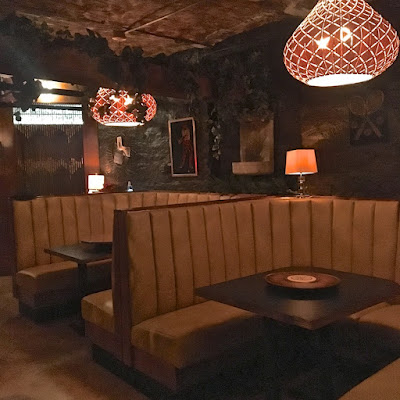 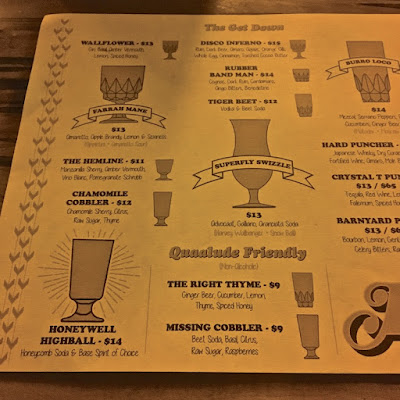 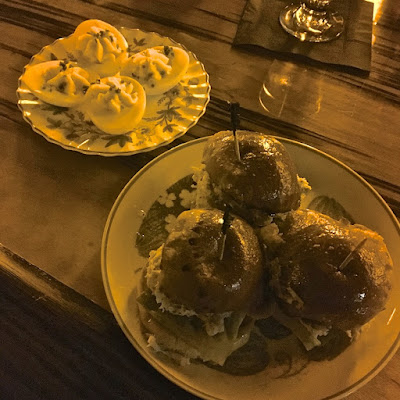 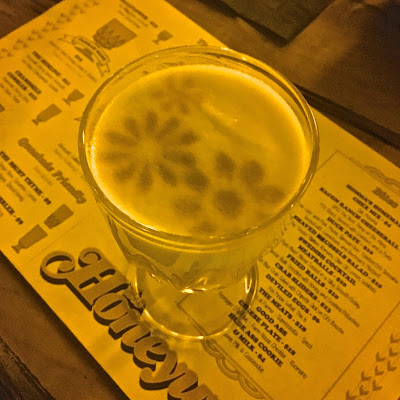 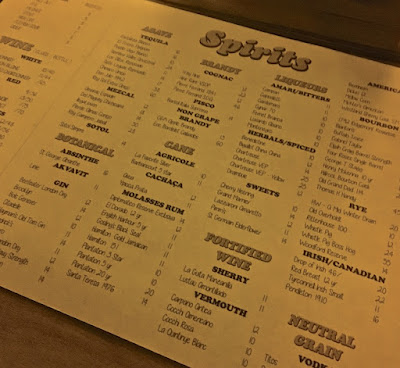 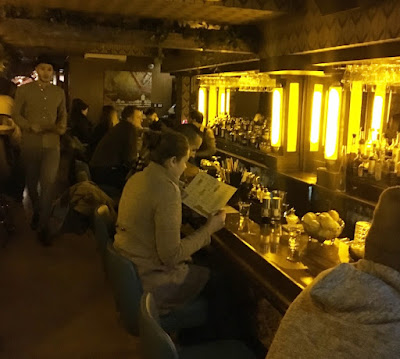 Hours this week are from Wednesday to Saturday from 6:00PM to 2:00AM at night.  Guests go into the downstairs entrance and the host inside quickly seats everyone.  One of the first noticeable things to be found is the extremely long 20-seat bar with low midcentury vinyl chairs that feels almost like an old fashion dining counter.  Warm deco sconces illuminate the front section while subtle ruby lanterns light up the back space which has banquets for those who need more space.  Even with not that much publicity, The Honeywell was already half full by 6:30 in the evening.

The guys over at Harlem Public and At the Wallace came up with this new concept that actually feels like a bit of departure from the sports bar model and more of a space one can have quiet conversations.  Drinks have retro names like The Honeywell Highball but there is also a great wine list or even non-alcoholic cocktails to choose from.  Bar snacks served up on vintage plates include the likes of swedish meatballs, crab sliders, deviled eggs and the requisite charcuterie platter.  We were also told that cheese fondue will be arriving in the near future which will provide a nice 70s touch to the offerings.

Those who have kind of seen it all will be much impressed with this new arrival in the Heights which looks more like a spread from Wallpaper magazine than anything else.  Walk-in guests should come early to get a spot at the bar but those who want a guaranteed seat should go through the reservation app called Resy: LINK