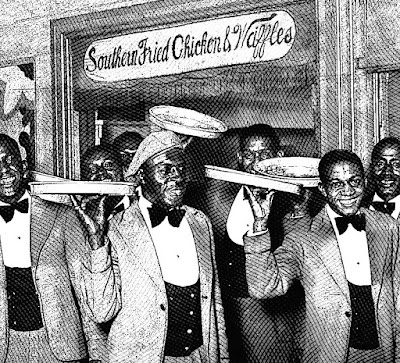 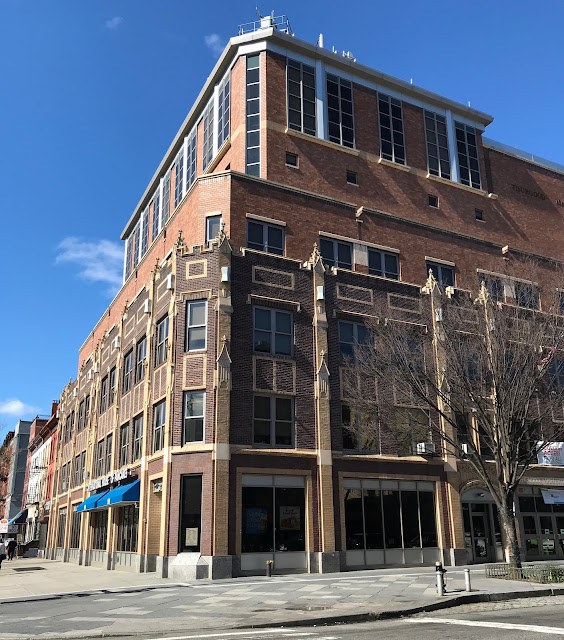 Harlem Bespoke: The much debated origin of Chicken & Waffles has many layers but there is actually only one documented image from the Renaissance years that provides some clarity. Legend has it that jazz musicians and uptown revelers who were up all night at the local speakeasies or clubs did not know if dinner or breakfast was appropriate for early morning hours so would order both in one sitting. That part sounds pretty accurate and many restaurants in the neighborhood would copy this formula until it became a popular local specialty.

Some have said that Dickie Well's Club on 133rd Street in the 20s had Chicken & Waffles first at the popular nightclub which would later become The Nest.  Then James T. Wells would open Wells' Restaurant with the same specialty nearby on 7th Avenue which would eventually transform from a tiny hole in the wall establishment with only three booths to a 250-seater called Wells Supper Club.  Wells Supper Club would eventually lasted up until the late 90s with a brief break in the 80s when things were not so great uptown.

So were does the Chicken and Waffle signage shown above come from?  An original photo from the Daily News taken in October 1929 featured the wait staff of Small's Paradise on 135th and 7th Avenue.  This inadvertently set a record for the restaurant with the oldest claim to Chicken and Waffles. Wells' slogan has been Since 1938 so it appears that Small's had things down about a decade earlier. Both historic buildings still stand today and Small's Paradise in recent decades has been transformed into a school but also has an IHOP on the lower level. Check out our past post for more on Small's Paradise: LINK