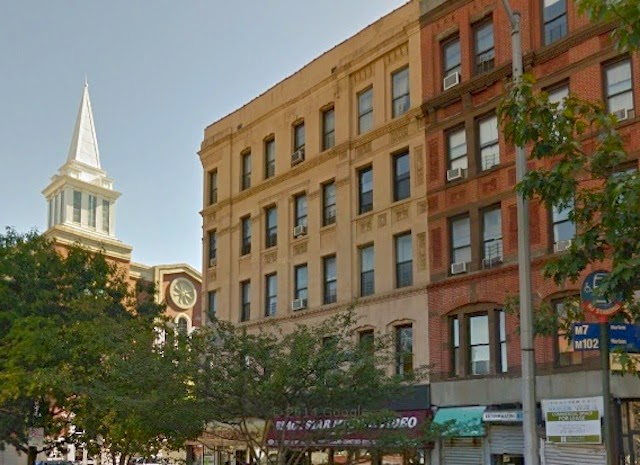 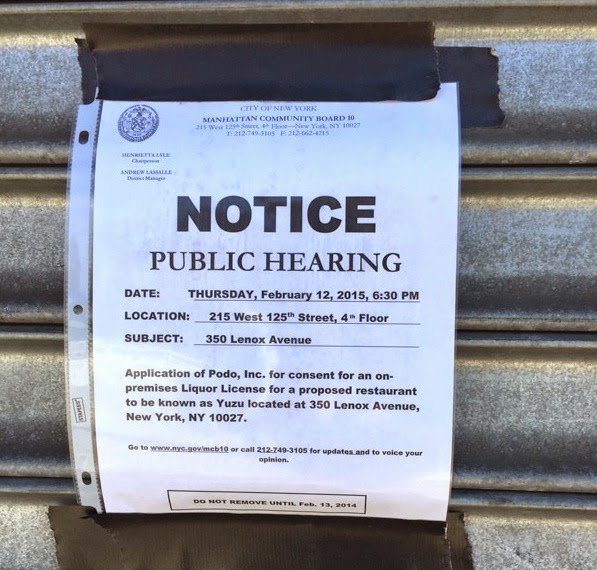 We received a couple of tips this week that possibly another Japanese eatery appears to be arriving on Lenox Avenue just north of 127th Street.  A public notice has now been posted up at 350 Lenox Avenue for a restaurant called Yuzu and the name intimates the new restaurant will have Japanese offerings.   Yuzu is actually the name of a citrus fruit of Japanese origin used for cooking so this would all make sense for an eating establishment.  Harlem has had a few Japanese spot open up over the past years that do not have Japanese proprietors so hopefully this one will be more authentic like the ones found further downtown.  As reported this month, there will apparently be a new sushi spot opening up a couple of blocks away on 129th Street in the near future: LINK
Posted by Ulysses at 8:41 AM