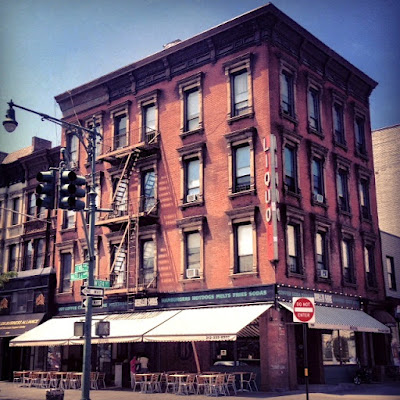 Harlem Shake debuted on Lenox and 124th Street just a couple of years ago and will now apparently expand to another location a bit further east.  As commercial rents rise in prime Harlem, it appears the east side is now starting to look more friendly to local businesses looking to expand to other location.  The Post reports that the second sister restaurant just signed a 15-year lease at 2162 Second Avenue which is right by East 111th Street.  Harlem Shake really turned around this particular corner of Lenox and we expect the same result in El Barrio.  More in the New York Post: LINK
Posted by Ulysses at 8:26 AM