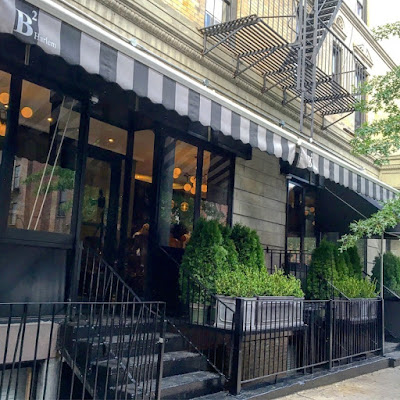 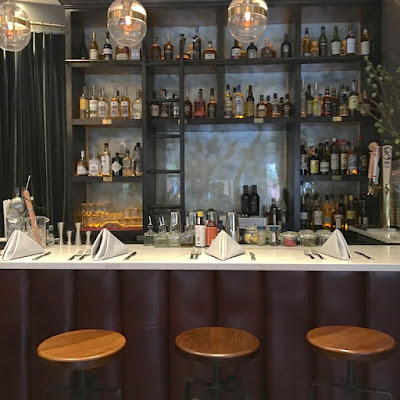 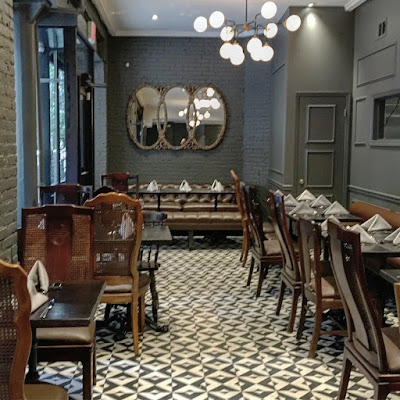 The most spectacular transformation of year will definitely go to the former Billie's Black lounge on 119th Street between St. Nicholas and 8th Avenue. Now called B2 Harlem, the owners who were one of the first to bring contemporary soul food to Harlem over a decade ago have transformed the former mom & pop interior into a glamorous seafood centric destination that will be recommended as a must-visit hot spot in the coming months. 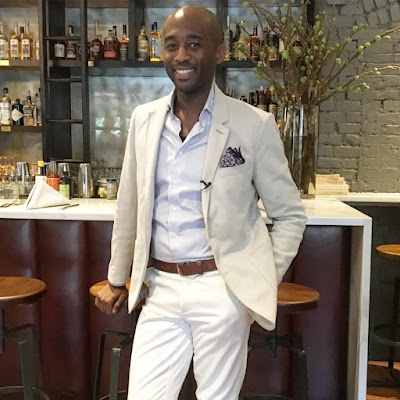 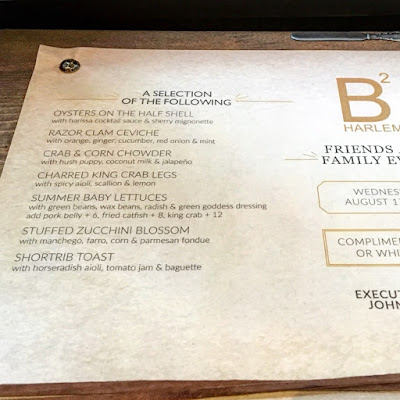 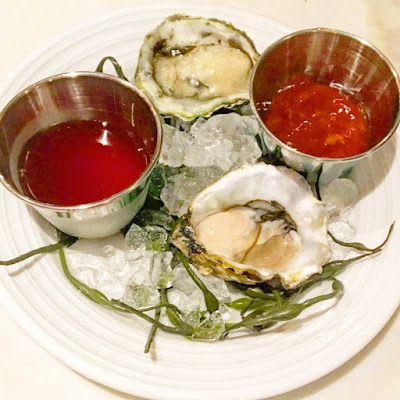 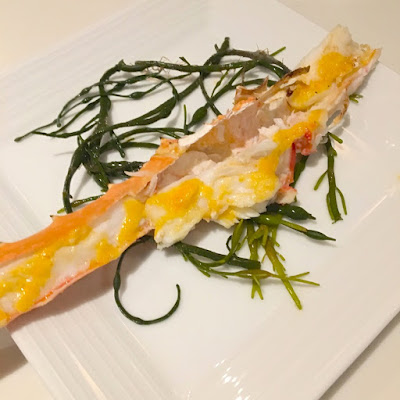 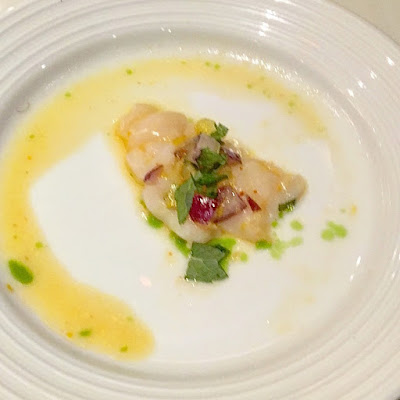 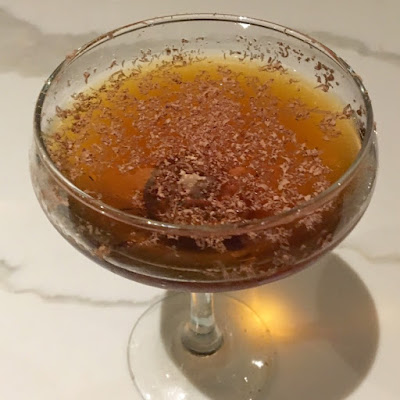 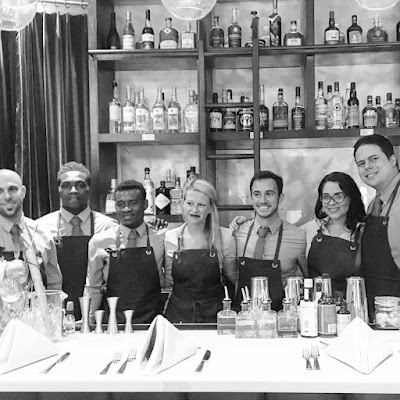 Even though things look a lot different, the same owners are still in place but the ladies have teamed up with the gentleman in the top photo who has brought a designer eye to the new 50-seater restaurant.  Mikel greeted everyone at the door and explained that the restaurant has now matured with the neighborhood by bringing a new concept that is not so focused on southern cuisine.  Charred King Crab leg (King Crab!), tender Razor Clam Ceviche, Crab Corn Chowder and fresh East Coast Oysters by Chef John Creger were some of the excellent offerings for the evening along with some amazing drinks.

As far as the bar for crafted cocktails go, B2 is now our recommended spot below 125th Street to check out.  The mixologists literally are not afraid to use flame and smoke to create a unique drink.  One of the many highlights of evening was a rum recipe that included freshly grated bitter chocolate on top and a mezcal martini that had a smokey kick to it.  We will have another story on the cocktails in a future post since there is a lot to talk about here.

The other thing that really amazed us about the new establishment is how dramatically larger and more elegant everything appeared to be.  Striped classic awnings and a verdant wall of evergreens front the facade which provide a dramatic amount of curbed appeal.  Interior colors are rich grays that ad depth while panel moldings, geometric tiles and marble elements brighten up unexpected corners.  B2 Harlem is officially in soft opening operations for the next month during evening hours so make sure to check it out before getting a table becomes more complicated when the word gets out.
Posted by Ulysses at 12:23 PM