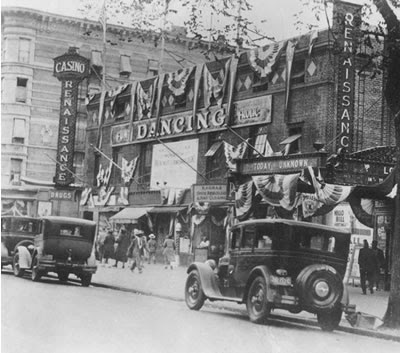 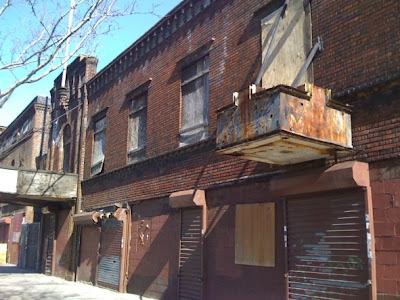 Unlike most of the pre-war buildings that populate Harlem, the Renaissance Ballroom was built by African American entrepreneurs. Constructed in 1921, the combination ballroom, casino and movie theatre was touted as the first non-segregated institution of its kind. This Harlem gem declined during the Great Depression and has been closed since the 1970's. The Abyssinian Baptist Church, a powerful property owner in Harlem, had originally planned to raise nine million for its restoration in the 1990s, and the community had a landmark designation date finally set in 2007. Surprisingly, the Church had changed its mind, for they saw a condo development for the site and even had Mayor Dinkins speak against designating the building (the site of his own wedding) as a landmark. The Landmarks Preservation Committee voted 6-1 against the landmarking of the Renaissance Ballroom. There have not been any designs shown of the 18-floor condo building planned for the space, but some are hopeful that the lower base might incorporate the original facade. The ballroom can be seen at Adam Clayton Powell Jr. Boulevard and 138th Street.
Posted by Ulysses at 4:06 PM