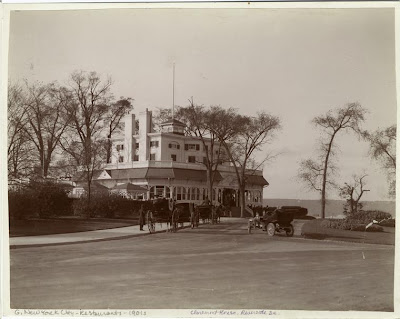 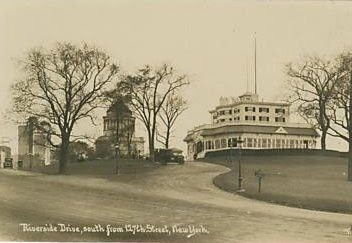 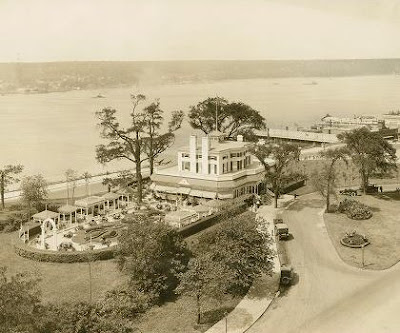 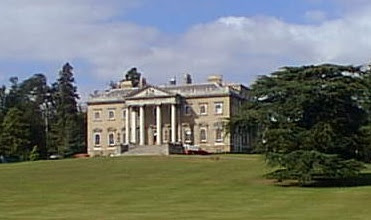 The Claremont Inn, located just a block north of Grant's Tomb, was a legendary, riverside respite for the well-to-do in its day but soon faded in the memories of New Yorkers after its physical demise. Originally built around 1775, it was said to be named after Lord Clives's Palladian-style estate in Surrey, England (last photo, which looks more like the Morris Jumel Mansion).

By the end of the 19th century, the City of New York had acquired the estate as part of the development of Riverside Park. Leased to a hotelier, the Inn prospered as the place to stay if one were to visit the newly constructed Grant's Tomb, and its grand garden became the place to dine for weary downtowners travelling northward by carriage. As Prohibition slowed the Inn's bar-based profits and then the Depression prevented any return to its former glory, Parks Commissioner Robert Moses eventually tried to convert the inn to a moderate beer garden. Complaints of late night revelry and the questionable morality of the government running a drinking establishment soon signaled the beginning of the end. By the 1940's a fire had damaged a good portion of the building, and there was even a plan to move the Hamilton Grange to the site on which the Claremont sat in 1950. But all was lost when a mysterious final fire destroyed what was left of the Claremont in 1951. A playground, overlooking the West Side Highway and the Riverside Drive Viaduct at 125th Street, now stands in its place. Archival photo courtesy NYPL
Posted by Ulysses at 8:34 PM