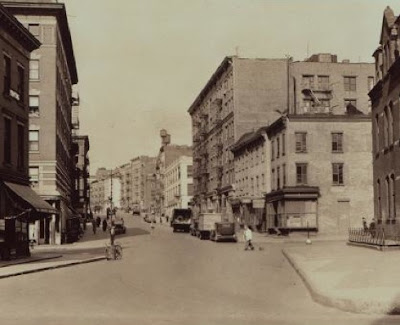 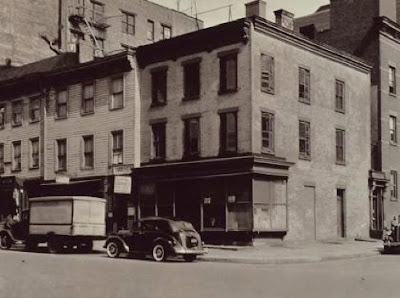 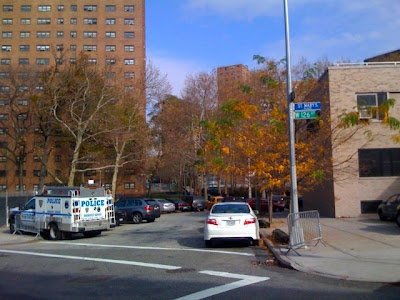 Big government developments are nothing new for Manhattanville since entire sections of the small West Harlem nabe have been built over in the past. The archival photo, circa 1938, shows the northern reaches of Bloomingdale Road, which was known as Old Broadway by the turn of the century. The cross street at the foreground is West 126th Street and the Sheltering Arms asylum for homeless children can be seen to the right of the picture. On the next corner block, notice some original wood frame houses from the mid 19th century with their corner store windows exposed to the street (middle photo). The last photo is the block today, which has a community health center and a park on the Sheltering Arms lot; Old Broadway itself is lined with public housing that deconstructed the entire residential area in the late 1950's and early 1960's as part of the city's Urban Renewal projects. This area today is a block east of Broadway, past the elevated 1 train at 125th Street. Archival photo courtesy of NYPL. Last photo by Ulysses
Posted by Ulysses at 7:16 PM