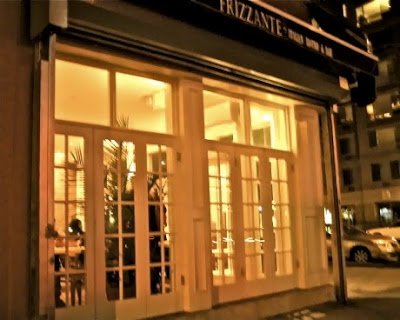 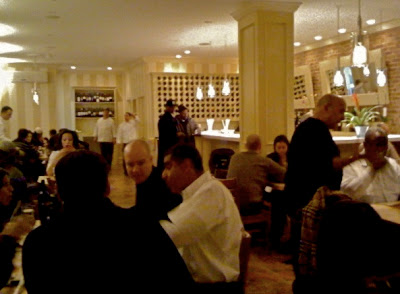 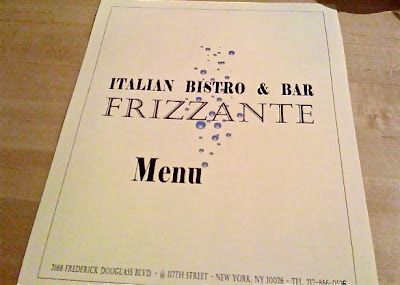 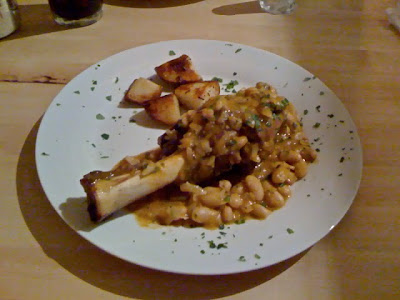 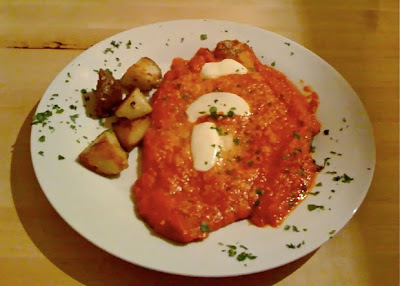 When we talk about authentic Italian, we don't mean the red sauce tourist traps you find throughout the city. After traveling to Italy a half dozen times for an earlier career, this blogger learned that all the red sauced places were more popular in the southern regions and are not really consider the pinnacle of Italian cuisine. Florence was known for its steaks, Milan had their special risotto accented with saffron and the southern city of Rome had a ground beef stuffed cannelloni with bolognese sauce that they were known for.

All that said, we were happy to find that Frizzante Italian Bistro that recently opened in South Harlem did not fall into the typical Italian American menu. The first tell tale sign upon entering the eatery is that folks are greeted with "buona sera." One typically hears this saying for "good evening" when arriving at any restaurant in Italy. It turns out Harlem has a restaurant run by European Italians which is really a very dramatic change from the usual. Food wise, the menu is separated into appetizers, pastas and entrees which are all considered distinct part of a complete meal in the old country.
Being the Americans that we were, we just had an entree for we were on the go for the evening. The rustic lamb shank with white beans was something not typical in this part of town and had fresh, seasonal flavors. There were a couple of red sauce options and we sampled the chicken parmigiana which was decent but much lighter than what most Americans would expect from the dish. Frizzante was still BYOB when we dropped by since they are still waiting for their liquor license and the dessert menu wasn't really up to par. They had a couple of cake offerings that we opted not to go for. Dessert-wise, this was also a similar experience while traveling in Italy. To check out Frizzante at 2168 FDB/8th Avenue, take the B,C to 116th Street to get this corner of South Harlem. Tel. (212) 866-0525. Photos by Ulysses
Posted by Ulysses at 10:06 AM