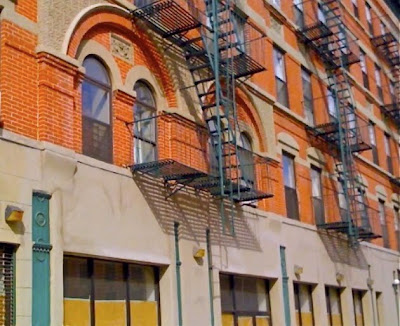 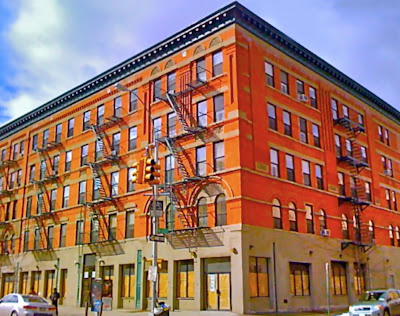 This past weekends New York Time's interview with celebrity chef Marcus Samuelsson intimated further on the possible location of his next restaurant called The Red Rooster. Many folks have been pitching possible locations for the new eatery with the old name that alludes to a famous speakeasy from the early years of Harlem. The restaurant will indeed put Harlem on the map as a serious food destination and Samuelsson mentions that the location will be close to 125th Street which connects with a theory we have had for some time.
The top photo shows a very large storefront at 2211-2223 FDB/8th Avenue and 120th Street that has been stalled in the middle of a gut renovation for a restaurant space since the middle of 2008. Since the year has started, the recently dormant construction site has really picked up. Readers have also been keen on the new activity and we dropped by the corner last week to take some photos. The handsome building's architecture would probably be appropriate for the revival of a Harlem restaurant and provide a bit of historic appeal to the new space. The final clue for us is that the restaurant is literally around the corner from the chef's residence. We can't confirm anything at this point since time will only tell where and when the actual restaurant will open. The closest subway to this location is the A,B,C,D at 125th Street or the B,C at 116th. Photos by Ulysses.
Posted by Ulysses at 11:14 AM