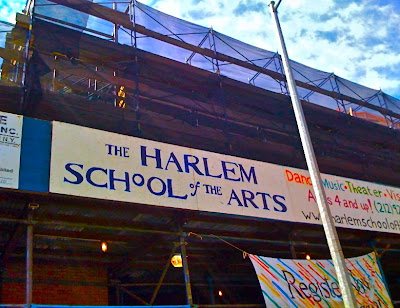 Details have come to light of yesterday's dramatic but joyous news that the Harlem School of the Arts has been saved from closing its doors after 45 Years. The absolute deadline to receive additional funds was this weekend, and two philanthropic organizations stepped up along with a couple of anonymous donors to raise the million needed to keep the school open for the next year. Singer Mary J. Blige also has formed a charitable committee with a group of celebrities that will be responsible for acquiring the needed future donations for the non-profit organization.
The second most important issue with the future of HSA was that a new, competent board of directors take over the finances of the school. With the oversight of the city, five out of six HSA board members were replaced with prominent new committee members. At yesterday's press conference, Mayor Bloomberg and City Hall further announced the government's commitment in providing future capital funds and grants to the school. Read more in today's New York Times: LINK. Photo by Ulysses
Posted by Ulysses at 7:25 AM