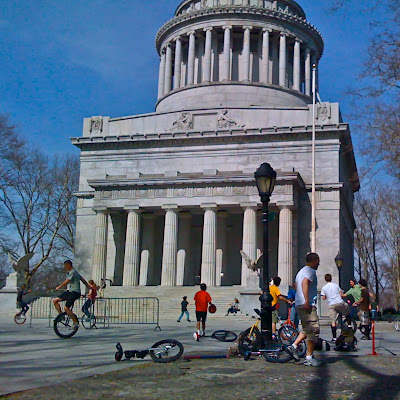 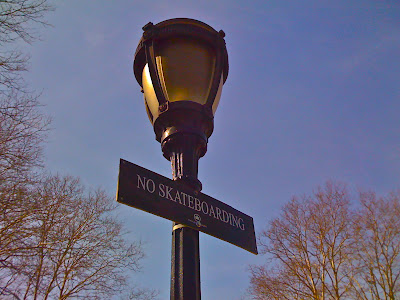 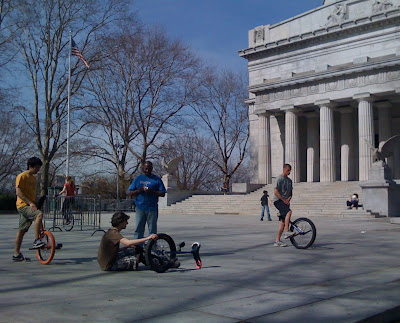 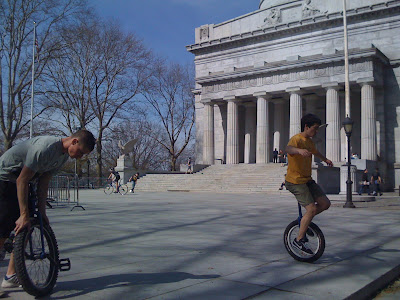 The skateboarders might have been exiled (second photo) at Grant's Tomb in Morningside Heights, but it now seems that the national memorial has attracted single-wheel-wielding fans. We have seen a couple of these guys with their unicycles heading west towards Riverside Drive from time to time and caught a glimpse of them in action in the springtime, where they've made the awe-inspiring General Grant National Memorial their venue of choice. Completed in 1897, the striking neoclassical temple-like building at far West 122nd Street would attract more tourists to New York City than the Statue of Liberty at the turn of the last century. To check it out, take the 1 train to 125th Street and walk south to 122nd Street before turning west. For more on the unicycling group that meets twice a month, check out their website: www.newyorkunicycle.com. Photos by Ulysses
Posted by Ulysses at 9:39 AM