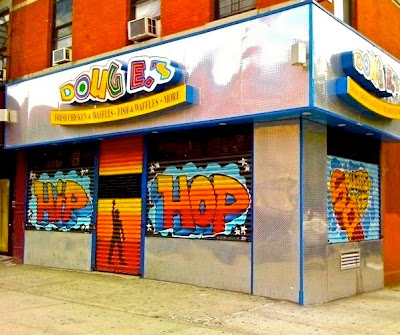 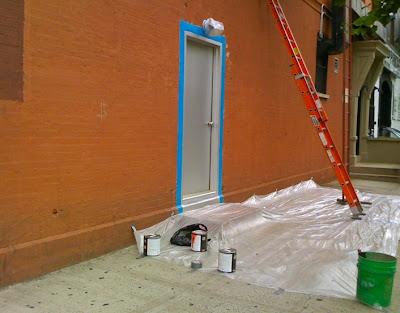 The colorful, 1980's graffiti inspired storefront at 132nd Street and ACP/7th Avenue has had folks wondering for the past couple of years when the eatery will actually open. Doug E.'s Chicken and Waffles is named after its proprietor, old school, hip hop pioneer Doug E. Fresh who apparently also bought a few townhouses to restore in Harlem. Rumors of the chicken joint's opening have been circulating for some time but there hasn't been any activity on the site until recently. The lower photo shows a side entrance that was getting some work done on it this week. Does anyone have any inside info? Photos by Ulysses
Posted by Ulysses at 9:32 AM