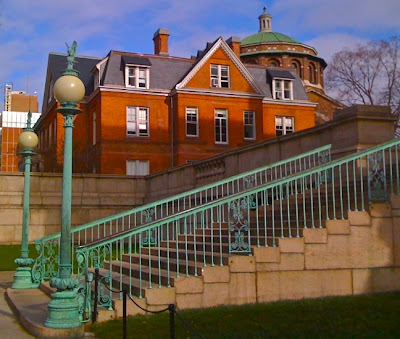 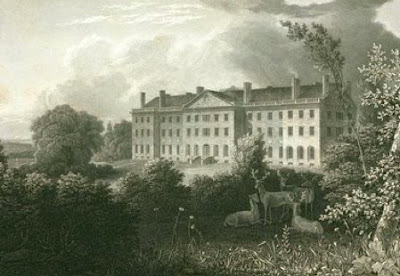 The new Columbia students arriving on campus might not know that there is a former insane asylum on campus. Buell Hall, which is at the top photo, was part of the institution called the Bloomingdale Asylum for the Insane which was established in 1808 in the then verdant countryside of upper Manhattan. This part of town just south of Manhattanville was called Bloomingdale at that point in time and thus the name for the asylum (Bloomingdale Road was the main thoroughfare and is known as Broadway today). The main building shown in the archival image was torn down eventually when the asylum moved and the land sold in 1892. Columbia University relocated to this area in 1897. The red brick building shown in the current photo was evidently rehab for the wealthy and that abode is probably one of the oldest existing structures between 110th and 125th Street. Current photo by Ulysses
Posted by Ulysses at 12:21 PM