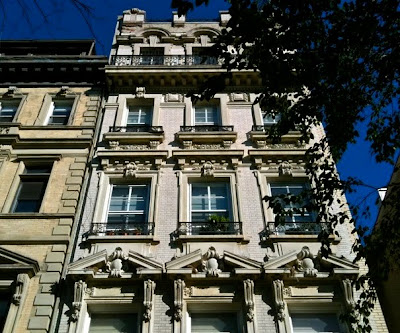 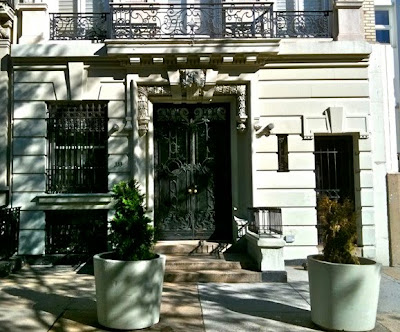 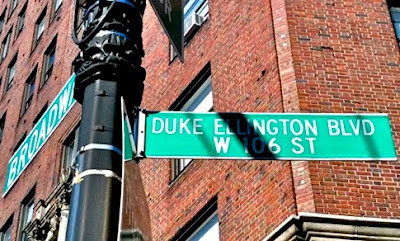 Many may wonder what the signs are about when crossing the southern borders of Morningside Heights and seeing Duke Ellington Boulevard up at West 106th Street. It turns out Duke Ellington owned a couple of homes on Riverside Drive, just around the corner of 106th Street, which he bought for family members to live and work in. Number 333 Riverside Drive (photo) was the home of his sister Ruth (who maintained an office there for the Duke's publishing company), her family, and the Duke's son, Mercer from the 1950's to the 1960's. The Duke also owned number 334, which is to the left of the top photo, and was known to drop by and compose his music at the Beaux Arts mansions in his later years.
When the street was named in 1977 (Ellington passed away in 1974), it resolved differences between the Duke Ellington Society and the city since each had a different idea of the location of the name dedication. The former wanted a street by Lincoln Center and the latter suggested what the society called "some little alley in Harlem." Thus 106th Street became the compromise. Read more in the original New York Times article: LINK.
Posted by Ulysses at 7:02 PM