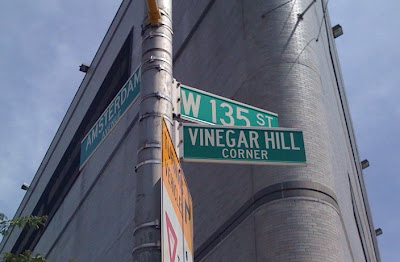 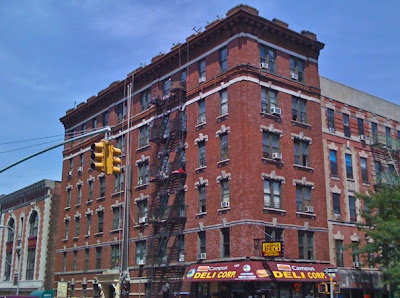 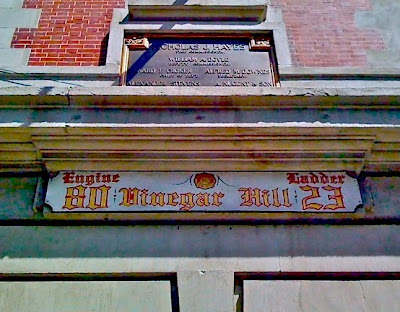 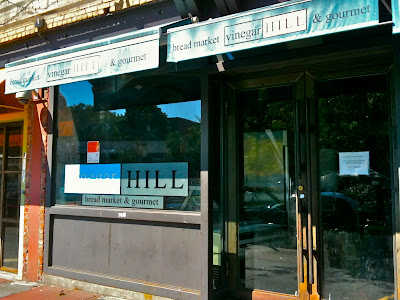 When one searches for references on Vinegar Hill, the micro nabe of Brooklyn pops up so it's often difficult to try to find the origins of the West Harlem neighborhood of that name.  The first clue of the Harlem neighborhood's border can be found on the sign at 135th Street and Amsterdam which has Vinegar Hill Corner marked on it.  Then there's the recently closed Vinegar Hill bread market at Broadway and 137th along with the landmark Ladder 23 Vinegar Hill firehouse at 139th Street and Amsterdam.  Community Board 9 describes Vinegar Hill as the northeast section of Manhattanville so we are gathering that the mid West 130's, east of Broadway and bordered by City College and Amsterdam (at the top of St. Nicholas Park) is the general area since it's basically a great hill.  We came across a Vinegar Hill blog from an old resident who grew up in the area back in the 1950's and the neighborhood name was attributed to a popular Irish bar in the area: LINK.  Does anyone remember where this bar was located at or have any other information about the neighborhood's origins?
Posted by Ulysses at 2:14 PM