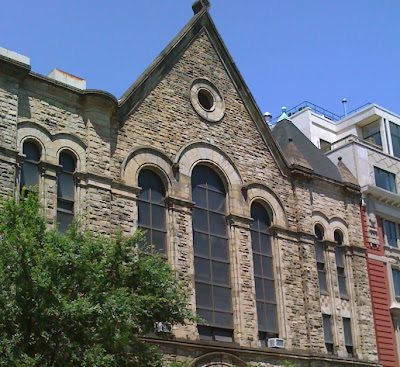 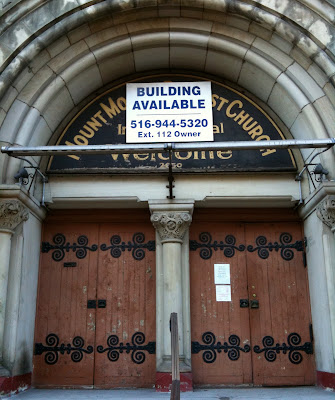 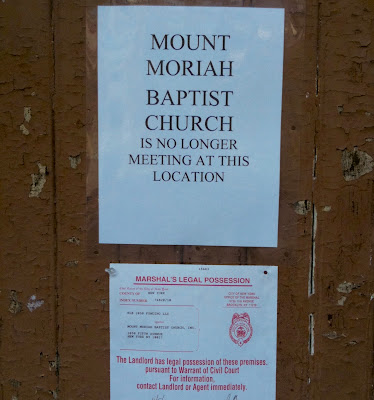 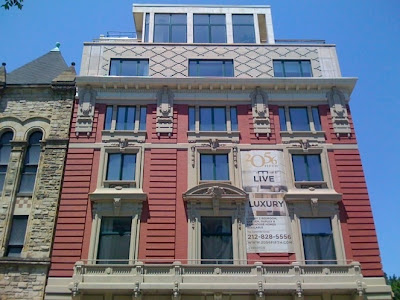 There's been a lot written about the dwindling church congregations of Harlem in the past few years and it appears that the Mount Moriah Baptist Church has succumbed to this reality. In the past, churches with smaller groups of worshipper might have subsidized expenses with incoming tourist money. For some, those days were numbered.  Folks might remember that Mount Moriah Baptist at 2050 Fifth Avenue (between 126th and 127th) was part of a recent article on how the gospel tourist business helped support its coffers over a decade ago and that the institution has since lost that business during the recent financial crises: LINK.


Based on DOB records from 2006, a seven story condo was planned to be combined with the church but those filings have since been been disapproved: LINK.  Public records have it that there was a foreclosure auction this past June for the asking of $2.8 million and the deed to the building was transfered for the final sum of $480K this past July.  A reader sent in photos of the sign at the front doorway of the church this past week and mentioned that the house of worship formerly sold the neighboring building at 2056 Fifth avenue a few years back (lower photo).  That condo conversion was originally the Finnish community's meeting hall a hundred years ago as we reported in our past post. LINK. Anyone with any additional info out there?
Posted by Ulysses at 11:01 AM