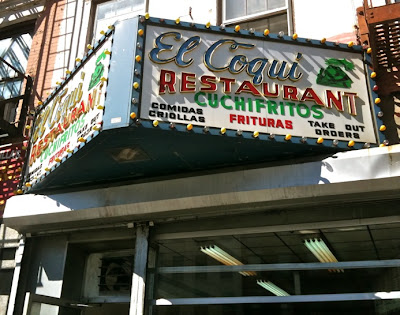 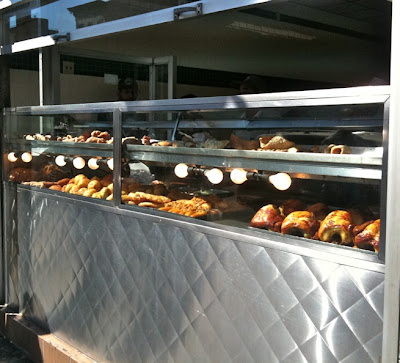 The restaurant world has embraced everything pork lately and those who live in East Harlem can usually get their cheap fix at some of the few remaining cuchifritos in the area which specializes in fried,  porcine extravagance.  Island specialties such as chicharrones, which are fried chunks of pork and rind, are quite popular along with the savory mofongo mash of starchy plantains and pork.  There's also soups and other common dishes available but the pork is the star of the show. Mexican eateries are quickly taking over a lot of the formerly dominant Puerto Rican section of El Barrio, so there's not a lot of these restaurants left.  We also like the old signage and the industrial stainless steel look of these establishments since they are definitely retro in a good, modest way.  El Coqui is at Third Avenue and 110th Street and there are a couple of other frituras around 116th Street further west.
Posted by Ulysses at 1:09 PM