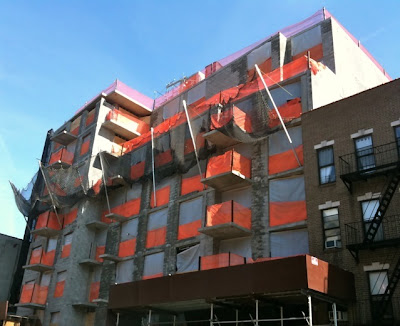 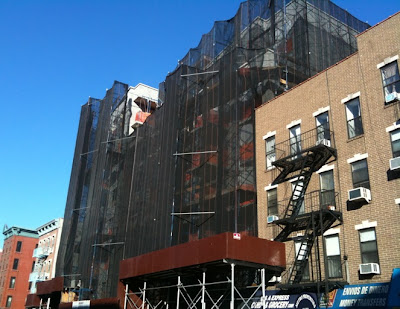 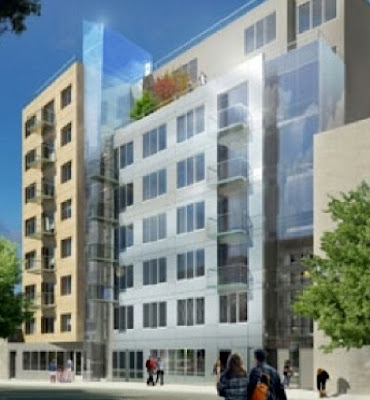 Since starting up last summer, the new residential construction at 1635 Lexington Avenue has been making some major progress and now the facade work has finally begun.  Scaffolding went up recently at this location just north of the 103rd Street Lexington stop in East Harlem and this is usually the time when the base of the building gets the brickwork done.  The ambitious development was originally called the Glass Spire which appears to have a lot of metal and brick elements also in the design.  In another month or so, the glass part will probably go up but there still doesn't seem to be any update on the marketing of this 42-unit development which reportedly is going condo: LINK
Posted by Ulysses at 10:56 AM