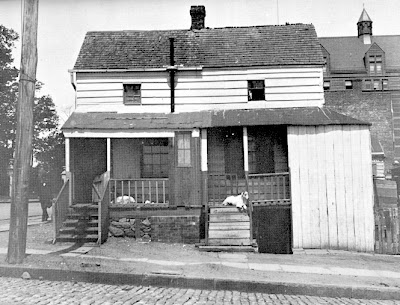 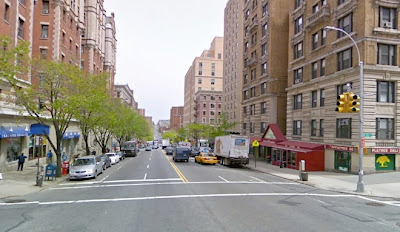 An archival photo taken circa 1898 shows one of the last country houses that still remained in the Morningside Heights area at West 120th Street when signs of rural life still remained in the area. Goats can be seen lounging on the porch at the address somewhere on the northwest corner of Amsterdam and the photographer probably knew that this was a rare and disappearing scene in the neighborhood around the Columbia University campus.  We remember seeing this image up in the deli on Amsterdam and 120th several years ago but did not quite correlate that the photo basically represented roughly that same block over a century ago.
Posted by Ulysses at 5:01 PM