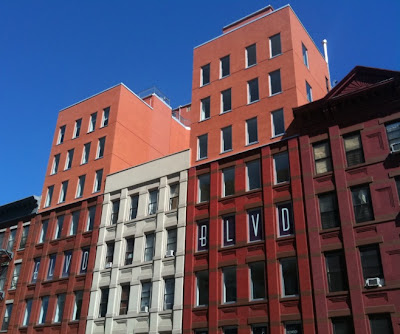 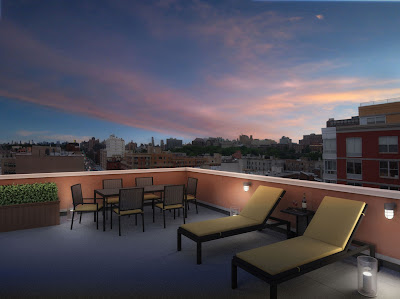 It has been a couple of months since we checked up with the two-building project called BLVD condos on the lower FDB corridor so we were wondering how things were looking on the sales front.  Between the two buildings towers at 2192 and 2196 Frederick Douglass Boulevard, there was a total of 26 condominium apartments altogether which also includes two penthouses that are 2-3 bedroom. Checking up on Streeteasy, it seems that the initial 7 units available have been pulled off the market after contracts failed to appear.  Units are priced in the high $200K to the mid $300K which would work out for entry level buyers but all listings were pulled only after 2 months on the market: LINK.  A few of the lower FDB corridor buildings have been selling out in 2011 so for some reason this one on 118th Street has still not picked up its pace.  More details at: www.BLVDcondo.com
Posted by Ulysses at 2:07 PM