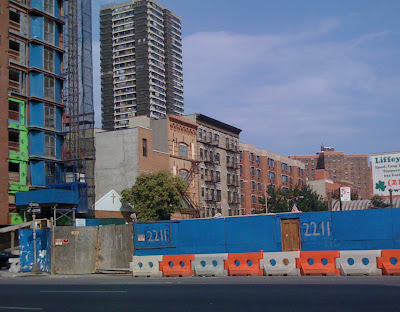 There has been a lot of construction planned for the corner of Third Avenue and East 121st Street but some have been doing better than others.  Most notable in the area was the lot surrounded by blue plywood on the south side of the street with No. 2211 marking the wall and the neighboring construction just on the north side of the street. What do these developments look like today? 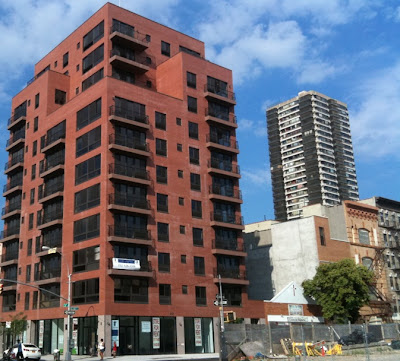 The more current photos shows that the north side of the street has finished up with the new rental building on that corner but No. 2211 has a different story.  Apparently when some projects go to the graveyard the plywood eventually gets removed and less high maintenance chain link fences appear.  Based on DOB records filed back in 2008, a 12-story building was set to rise on that lot at some point in time.  About 124 units were planned for the proposed development which we assume would be a rental since many of the newer buildings in this area are being marketed as such.
Posted by Ulysses at 12:04 PM