☞ REMEMBER: The Awnings at Blumstein 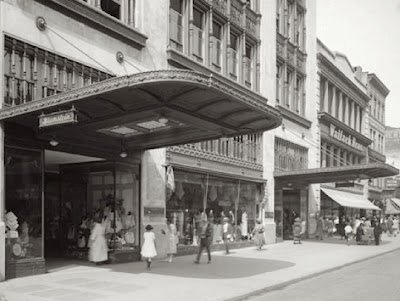 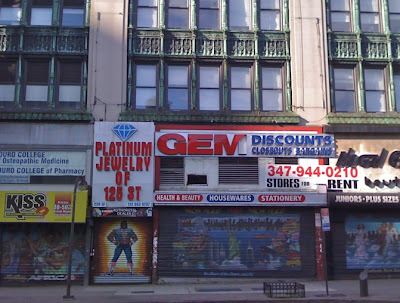 A photo taken in 1923 shows the Blumstein department store building in the year it was finished with some major details that are missing today.  The cast metal awnings apparently covered a couple of the entrances out front of the building that is still located at 230 West 125th Street but now houses Touro College in recent years.  Retail still exists on the ground floor as can be seen in the lower photo but the Beaux Arts ambiance is somehow lost in modern times.