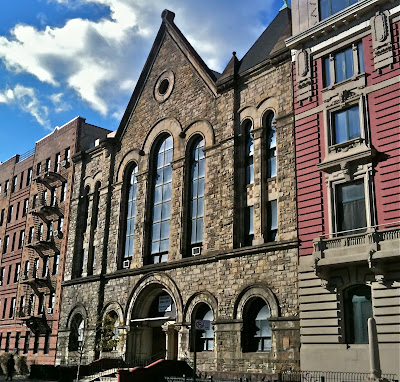 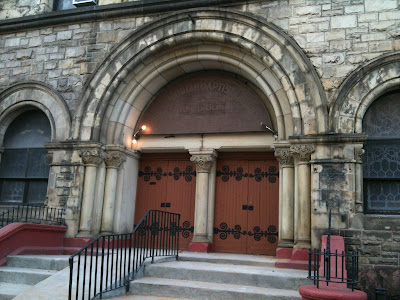 The old Mount Moriah Church at 2050 Fifth Avenue and 126th Street was up for sale last year and we just received a tip that a new owner has recently appeared.  There had been rumors that the site had a planned condo conversion but a reader with inside information has reported that an arts organization has taken over the house of worship and has started stripping the interior in the past week.

A full renovation of the structure will apparently be forthcoming but permits do not seem to have been filed from what we can gather from the DOB website.  The lower photo is the most current image of the church entranceway which had a "For Sale" sign up out front for most of the past year: LINK.  Note also that the original Mount Moriah Baptist Church signage has been removed at this point.
Posted by Ulysses at 12:06 PM