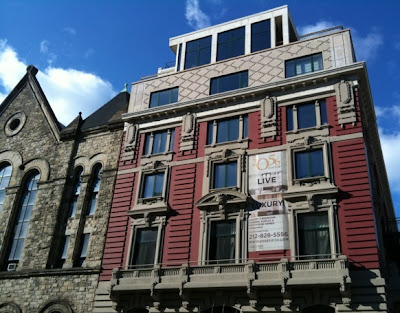 Has a summer sale of condos over at the former Rhapsody on Fifth now turned into a quick flip? Back in July, it was reported that the last four remaining listings at 2056 Fifth Avenue were sold in an all-cash deal for the price of $483,668 each: LINK.  The eyebrow-raising detail was that the units had originally been going for $690K-$950k along with the fact that the buyer was from Canada. A reader has now tipped us off to the fact that three of the units have returned to the market with the price range set from $715K to $1.185 million.  Checking up on Streeteasy, we found that three of those units are definitely available currently but the fate unit of 2B is still unclear: LINK.  Maybe the investor has decided to keep this one as their own Harlem abode?
Posted by Ulysses at 2:14 PM