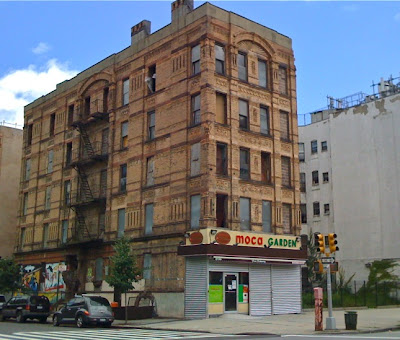 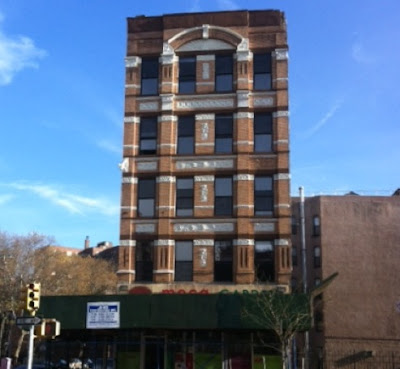 An old building which formerly had cinder blocks in the window along with a crumbling facade has apparently been restored at the corner of 132nd Street and Fifth Avenue.  The top photo is of 2159 Fifth Avenue over a year ago when the old tenement looked like it was on its last leg.  A reader sent in the lower photo which shows the facade in the past week with a fresh new look.  New windows appear to be all in place and the brickwork has been repointed along with white painted ornamental detailing. The original cornice was not replaced but at least a bronze color strip was added on top to finish things off. DOB permits show that the apartment building originally had 9 units in total but now there will be 12 units available once all is finished up. This seems like a lot of attention to detail for just a rental building but anything to make this corner look better would probably help out with getting the property occupied.
Posted by Ulysses at 10:50 AM