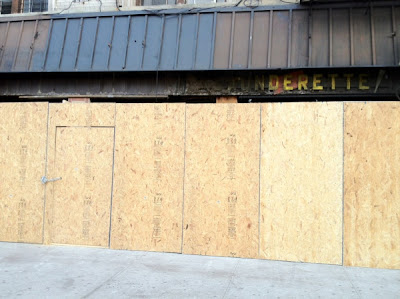 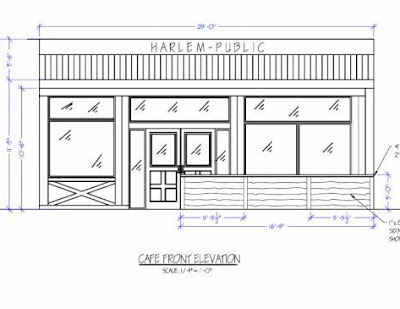 Lounges and bars are coming back to Harlem in a big way now and the Harlem Public under construction at 149th and Broadway is the next notable watering hole to arrive uptown.  We have been following the renovation progress at 3612 Broadway in West Harlem for the past few months and the gutted commercial space appears to be ready for its new storefront.  The proprietors just posted the sketch of the forthcoming facade on Facebook and it looks like the aesthetic is spot on for a classic new spot in Hamilton Heights. As far as better establishments are concerned, there's not much to do this far north on the west side so the Harlem Public should really set the tone for the new businesses in the area.  Follow Harlem Public via Facebook: LINK
Posted by Ulysses at 10:00 AM