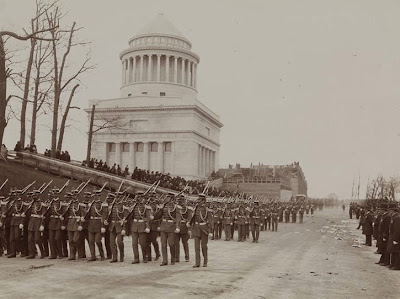 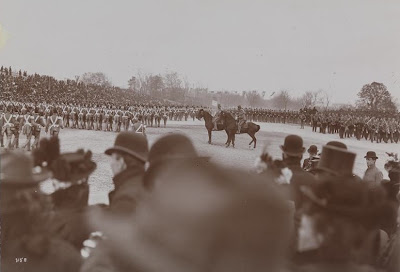 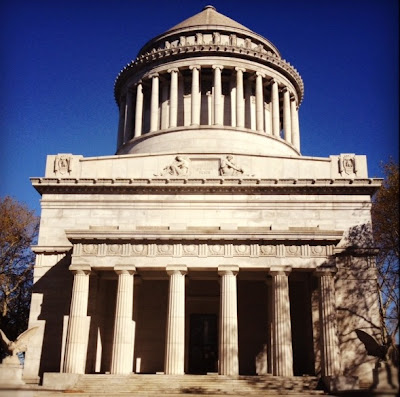 A photo from 1897 shows the dedication ceremony for Grant's Tomb over by the cusp of Manhattanvile and Morningside Heights.  The Civil War general and former President had a small tomb on nearby at Riverside and 122nd Street but would be moved to this grand monument close when it was finally completed.  Grant's Tomb has been restored in recent decades but is probably one of the most important monuments of its time that a majority of modern New Yorkers have not visited.

Archival photo courtesy the digital collection at the Museum of the City of New York
Posted by Ulysses at 5:26 PM