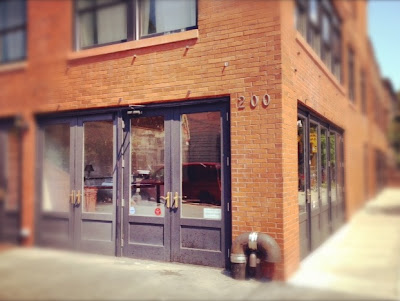 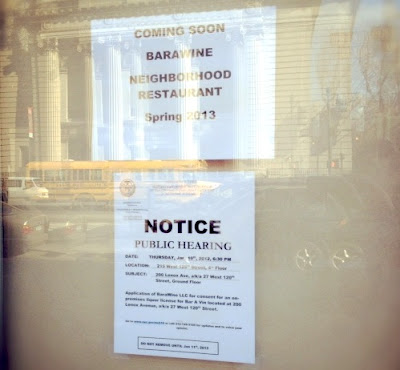 Originally Barawine at 200 Lenox announced that they will be opening Winter 2013 but now it appears that springtime will be the more accurate debut date.  The corner store at 120th Street has not seen much activity in the past couple of months but there appears to be a Public Hearing set for a liquor license review.   This new eatery is right across the street from a church so it is unclear if they can receive the said license based on an old grandfather clause that regulates drinking establishments and their proximity to houses of worship: LINK
Posted by Ulysses at 1:38 PM