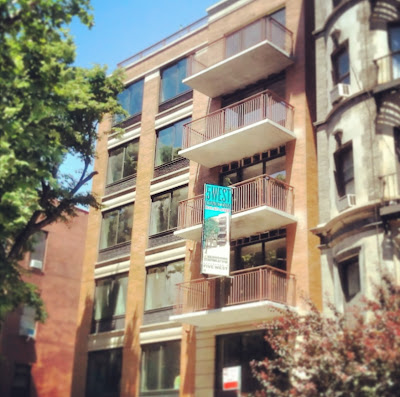 We have not been covering condos too much as of late because there has not been much going on since many of the buidlings have sold out. 5 West, a new condominium in Central Harlem at 5 West 127th Street, has reached 100% sold according to a press release received. From the moment the building launched sales in July 2012, it was very attractive to buyers -- 40% of the units received offers within that first month, and it sold out before receiving TCO and without the need to host a single open house.  There are a couple of buildings on upper ACP/7th Avenue that went into foreclosure over the past years but everything else appears to have survived the recession.
Posted by Ulysses at 10:32 AM