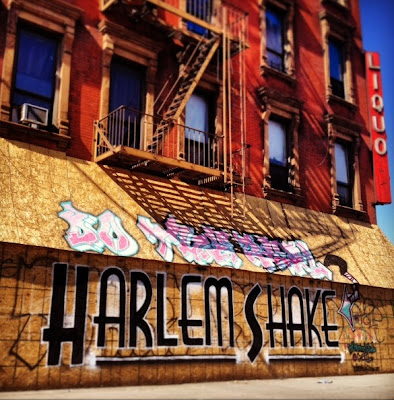 This past February was all about the Harlem Shake and the new establishment with the same name under construction at 124th and Lenox now has some signage to garner attention.  A tip came in that decorative graffiti has appeared on the plywood out front of the future shake and burger joint so we swung by to take a photo.  This location will be right across from the planned Whole Foods so expect some major traffic to arrive on lower Lenox within the next couple of years.
Posted by Ulysses at 11:00 AM