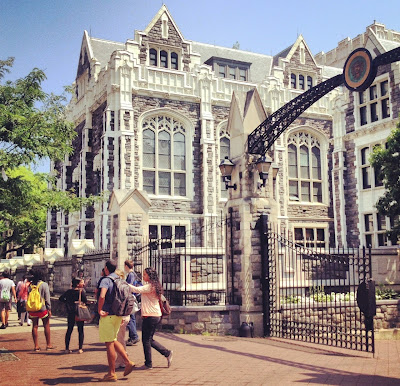 We have mentioned it a couple of times in past posts but now it appears that new businesses are starting to see that the area around City College in West Harlem makes sense as far as location goes.  This corridor in the mid 130s to the early 140s on Amsterdam Avenue has breathtaking views of one of the most romantic college campuses in New York City.  There is plenty of student foot traffic year round and the Hamilton Heights Historic District or Sugar Hill is in walking distance which all have who are looking for better establishments to go to.  With Coccola, The Grange and now Clove Indian opening up within less than a year, we expect the many available storefronts in the area to secure leases sooner than later.
Posted by Ulysses at 9:38 AM