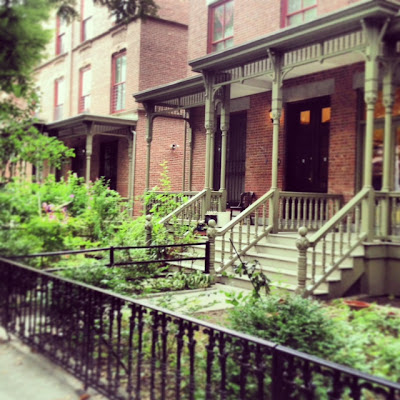 Number 16 West 130th Street just arrived on the market last week for $950K and might just be worth fixing up.  The landmark Astor Row townhouse is definitely not one of the derelict shells on the block just east of Lenox Avenue so going through Landmark approval for the facade will not be an issue when it comes time to renovate.  Based on the broker listing, this apparently is a gut job but it might just really be a fixer upper. There probably is some work that has to be done to the interior but from what we can see, the building is in decent condition.  Another house just a couple of doors down on the Row was asking for $2.5 million and is now in contract.  With that said, the math presumably makes sense here for a Harlem house that needs work and is going for under one million: LINK
Posted by Ulysses at 10:07 AM