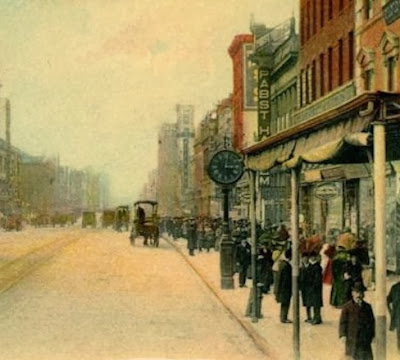 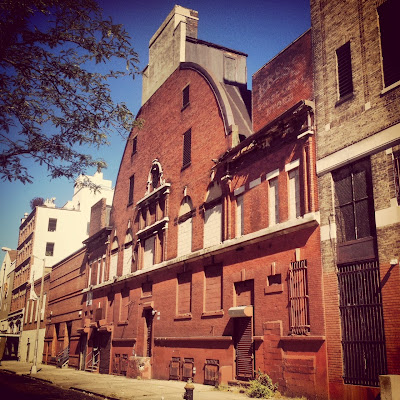 A postcard from 1905 shows the front entrance of Pabst's Harlem Restaurant which was the largest beer hall in the nation at the time and would mostly like still be if it was open.  The modest 125th Street entrance has been simplified today for commercial storefronts but the back dining emporium  is still intact on the 124th Street end of the property.  These beer gardens were popular uptown with the German population in Harlem at the early part of the 20th Century and were known as lobster palaces for the usual nightly offerings on the menu.  Unfortunately, 256-258 West 125th Street appears to be on the market for the highest bidder and the grand building is not protected by landmarks: LINK


Beyond landmarking some of the important neighborhood blocks uptown, Harlem has had a very slow reaction to historic, individual landmarks.  The Cotton Club,  The Savoy, Lenox Lounge, The Renaissance Ballroom, The Lafayette, or Minton's (to name just a few) should have all been protected but for some reason the local community boards have let the business owners dismantle these buildings.   As far as Pabst's majestic beer hall goes, this would be a great adaptive reuse building but most developers go for the less expensive route and tear down such unique historic spaces to build something decidedly inferior.

More on Pabst's in our past post: LINK
Posted by Ulysses at 11:35 AM