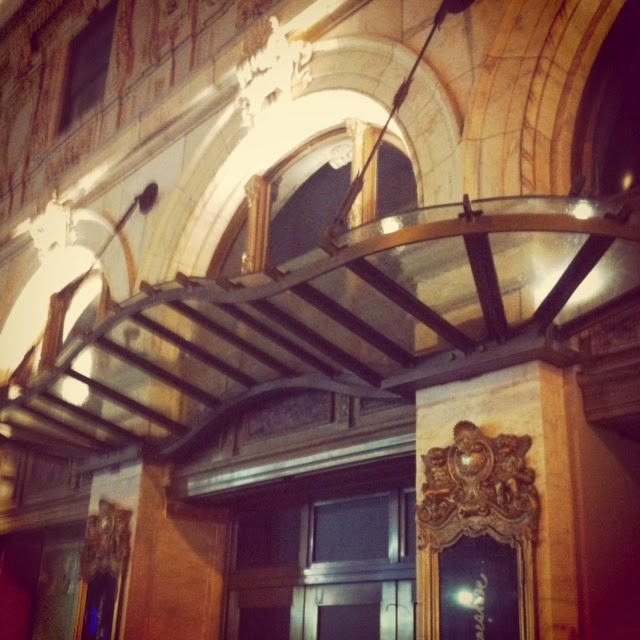 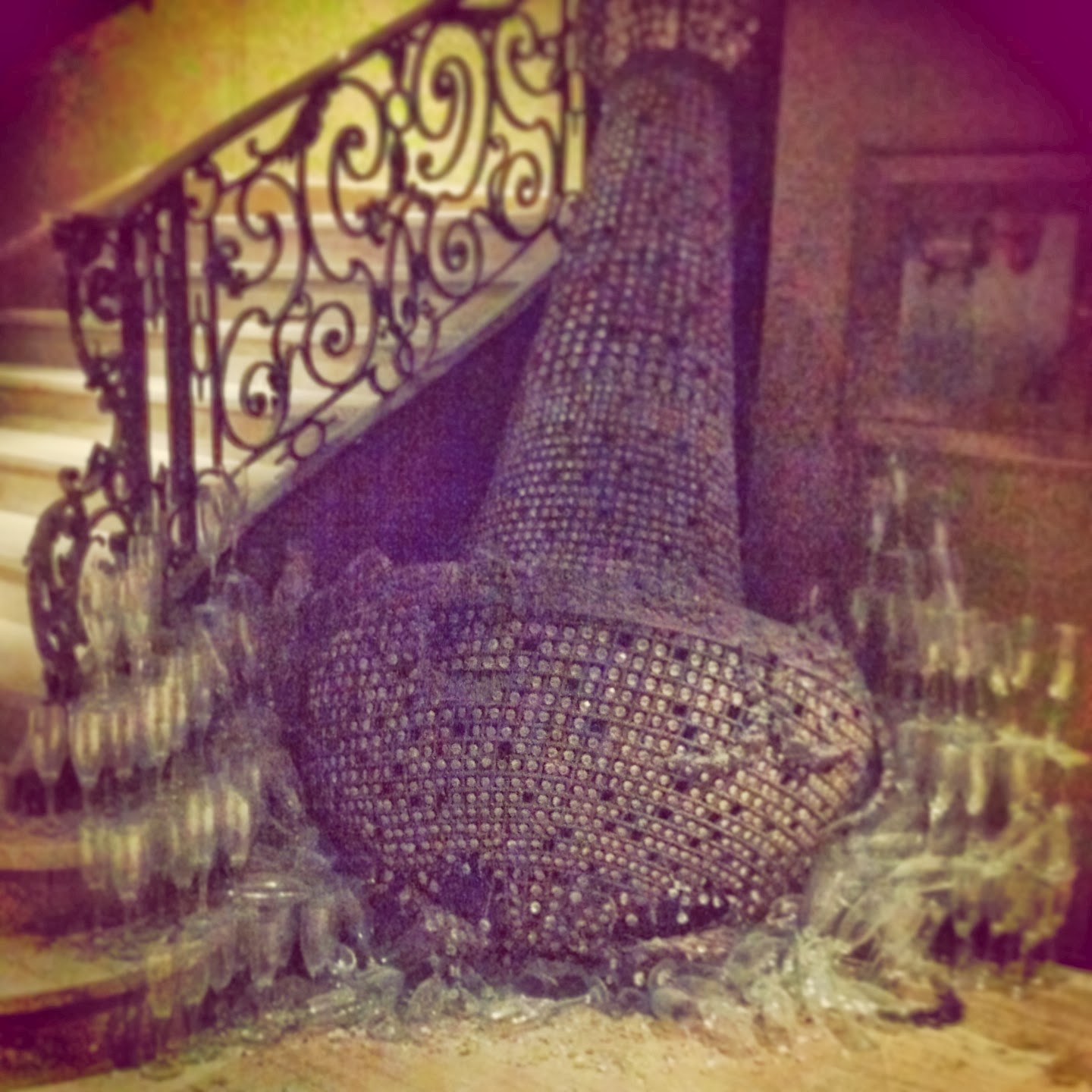 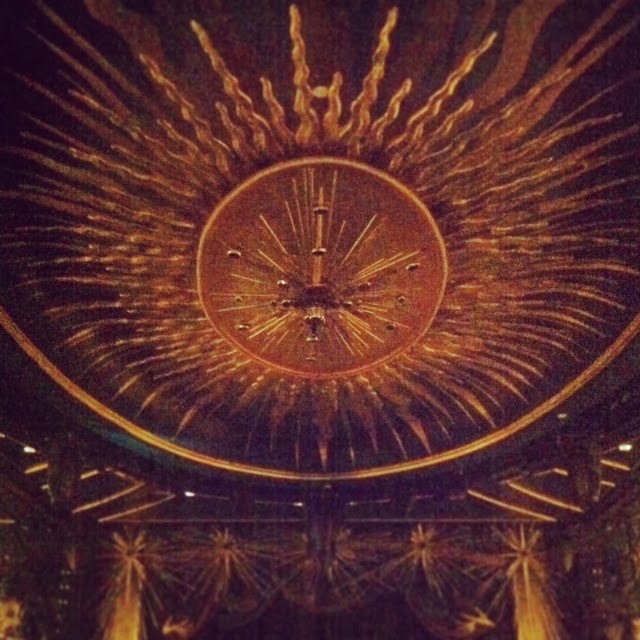 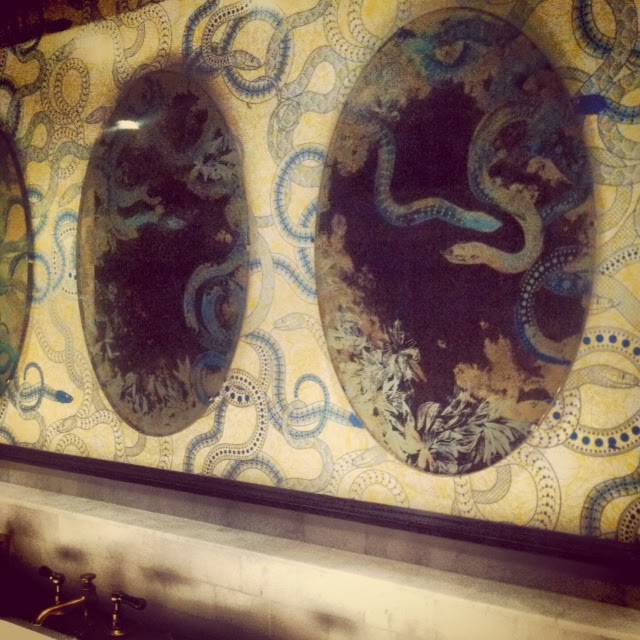 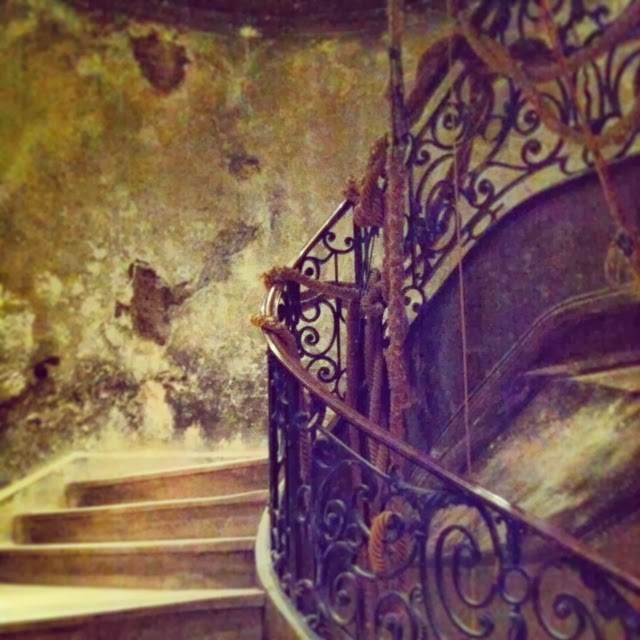 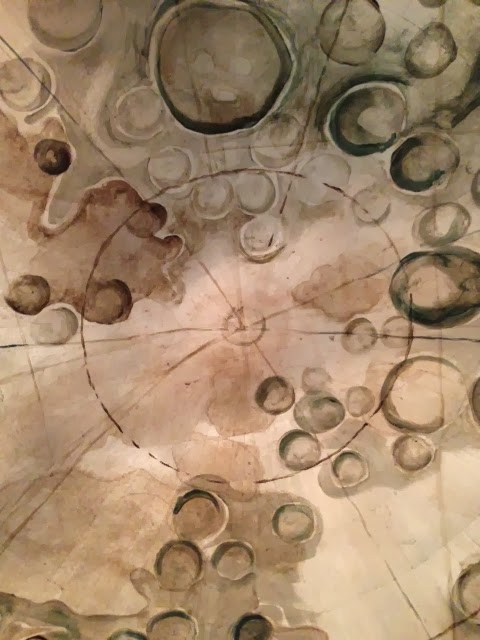 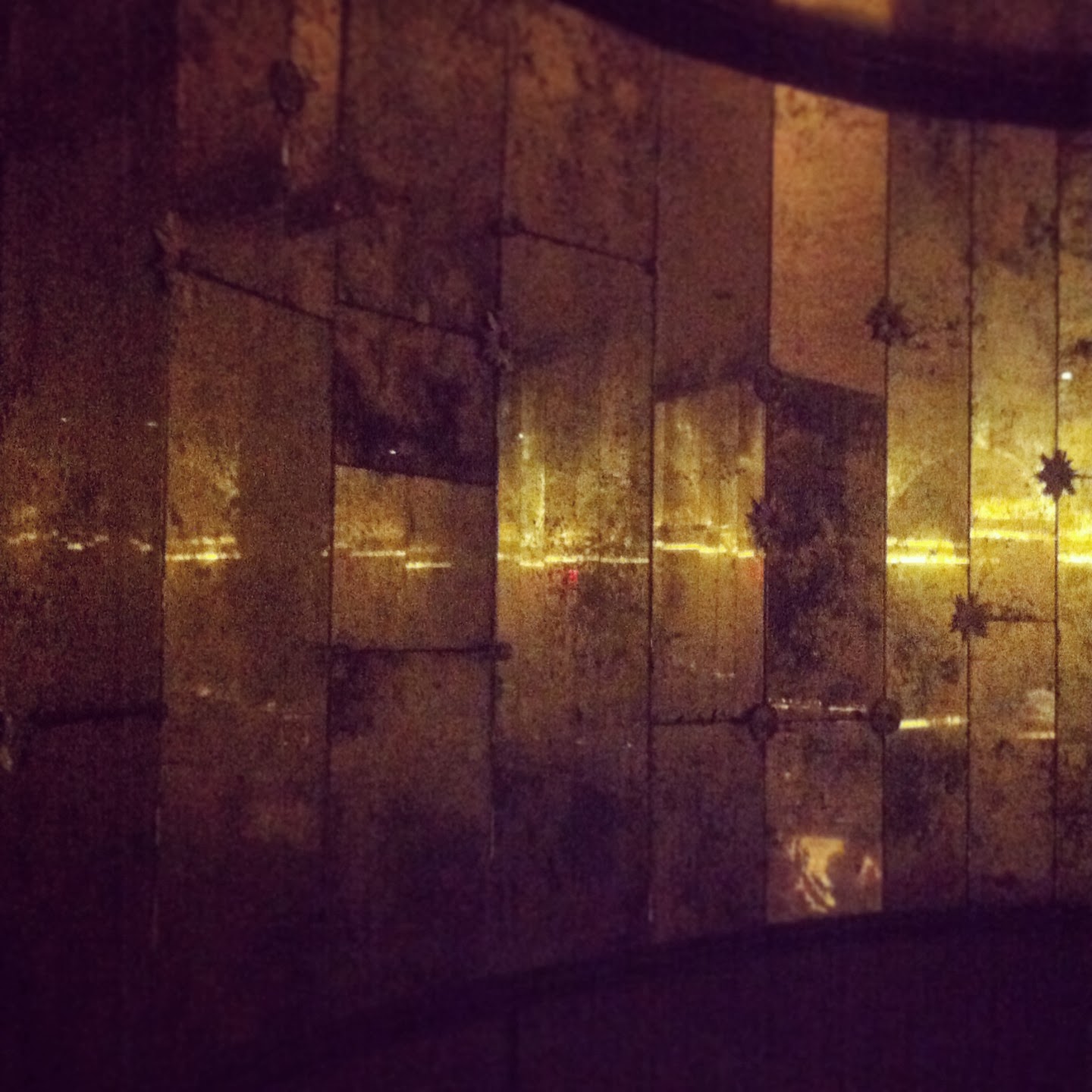 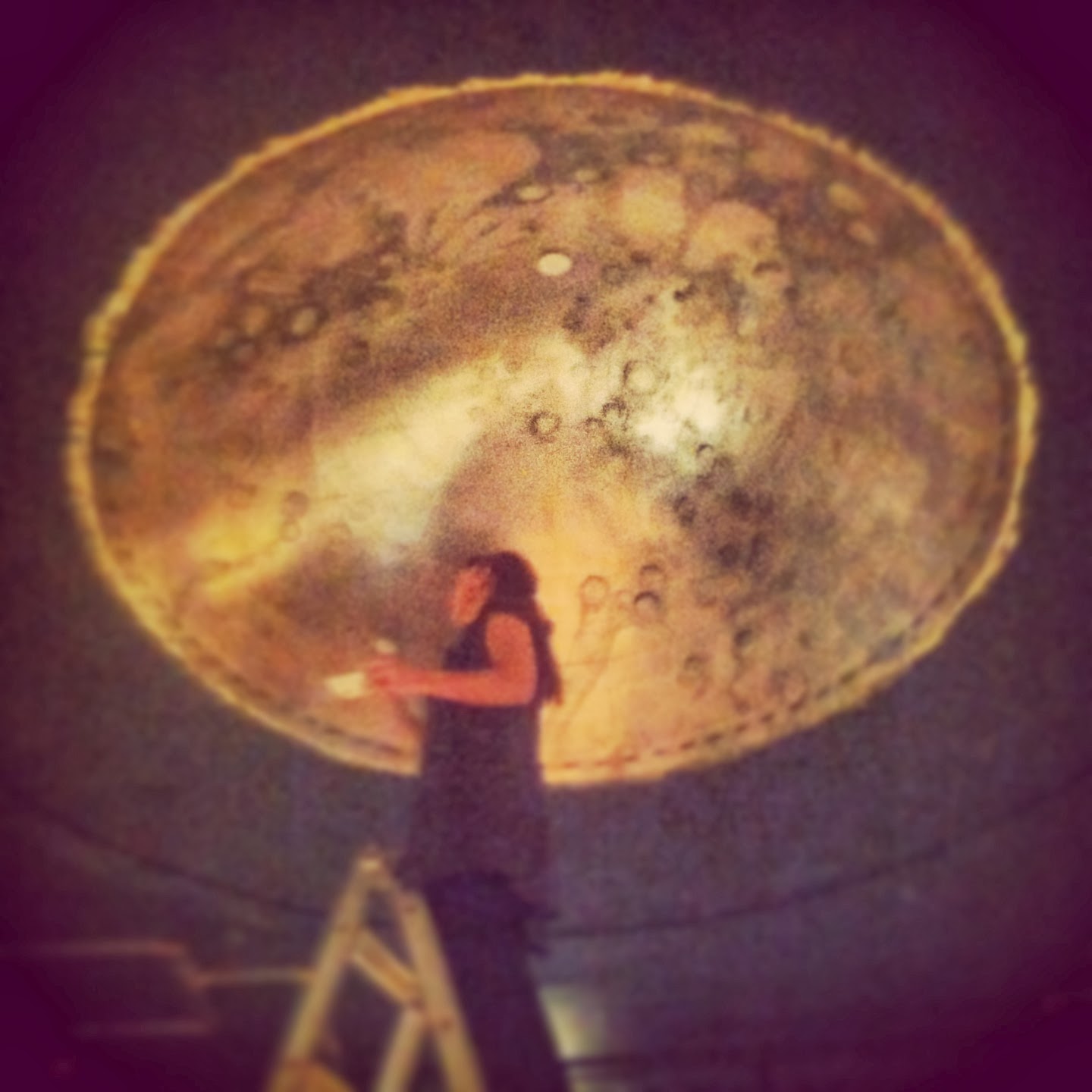 Our most read Bespoke interview for 2013 was with Sugar Hill gilding artist Sandra Spannan and so we decided to tag along with uptown's golden girl for the week to check out some of her projects.  Ms. Spannan's work usually consist of brownstone numbering or restaurant window signage like the ones at Balthazar but some bigger accounts also have the artist working for them.  First up was the finishing touches for the revival of the Diamond Horseshoe club at the basement of the Paramount Hotel which is also hosting the immersive supper club show called Queen of the Night from the producers of
Sleep No More: LINK

Thin layers of hammered gold have now been applied to the giant sun at the center of the circular ballroom and a smaller, concave moon watches over not too far away by the bar area.  The aforementioned celestial body was the last thing to be gilded on Monday night and the crater detailing was being hand painted on by the artist as she talked about all of the decorative work that went into the design project.   More cost affective golden metals were added for the vintage shimmer of the mirror panels behind the green velvet banquets along with the stenciled circular bathroom mirrors which have all been carefully glazed for a perfect antique patina.  As one can see from the photos, those said bathroom mirrors have taken the snake motif wallpaper a little further and the reptilian designs extends into the beholder's view when in use.

This expansive space has been shuttered since the 50s and was once considered the most lavishly decadent venue in Manhattan.  Most of the original stairwells have been restored at the Diamond Horseshoe but the rest has been carefully crafted by an army of artist to make everything new look old but glamorous at the same time.  Plaster walls at the entrance have been crafted to look like they have been decaying for a century and a massive chandelier sits at the bottom of the stairwell surrounded by an installation of champagne glasses all meticulously glued together by hand. Now $20 million has all been spent to restore the gigantic circular interior with early century boutique accents and the opulent addition of gold leaf was the final icing on the gilded cake.


Check out our original interview with the talented Sandra Spannan in our past post: LINK
Posted by Ulysses at 2:02 PM