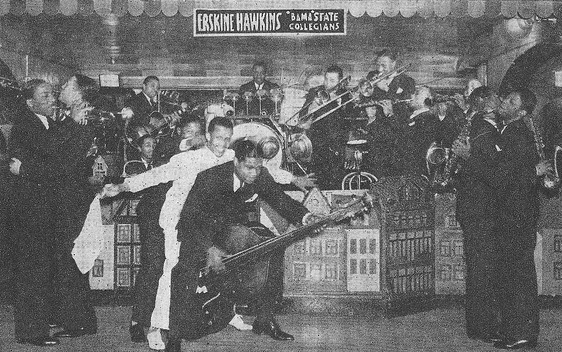 We have been receiving messages to our inbox about that one Harlem church which tends to put up controversial messages for public viewing and thought it was appropriate to review some of the great gay black history of the Harlem Renaissance years.  This old post card of the Ubangi Club within the former Lafayette Theatre complex not only shows that these racy men of color had a lot panache but also apparently invented twerking by the early 1930s (although the duo saxophone embrace evidently never caught on). Gladys Bently was a legend in those years and the black lesbian pioneer owned the Clam House on west 133rd Street which definitely was a euphemism of sorts.  From what we would gather, Miss Bentley's impressive frame and predisposition to wearing men's suits probably had more than a few husbands uptown keeping a careful eye on their wives.

Another great gay Renaissance moment was when the daughter of W.E.B Du Bois married Countee Cullen in Harlem's celebrity wedding of the century but soon divorced because the famous poet spent all of his special moments with his best man Harold Jackman.  The true marriage of beauty and intellect was definitely between these two African-American men based on what was said behind closed doors.  Langston Hughes of whom Harlem remembers fondly was also a gay icon of the period even though his personal life was mostly kept secret during those times.  It has been written that"Virile young men of very dark complexion fascinated him."

We can go on with all the great stories but folks will believe what they will believe and the sign after the jump has caused quite a stir as of late.   We just tell our gays of Harlem to be out and proud whether you are black, white, lesbian, transgender or whatever since uptown has always had a rich, diverse community. 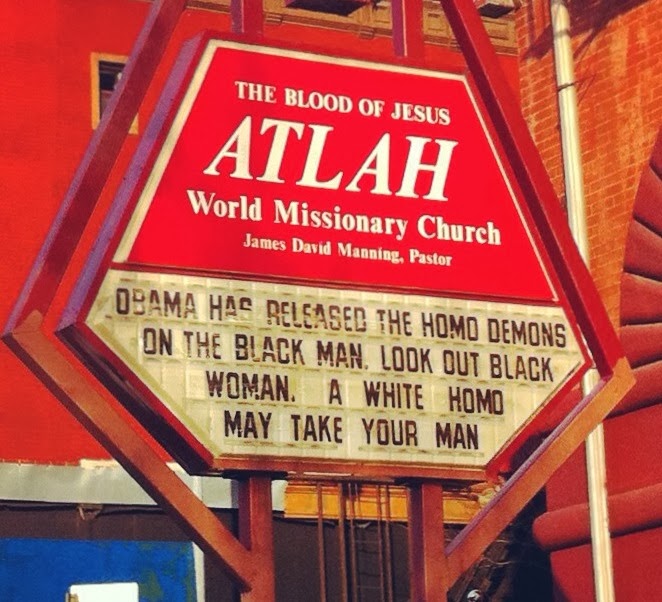 And here is the sign in question that is all over the news.  Any constructive thoughts? Keep it civil folks...
Posted by Ulysses at 11:30 AM