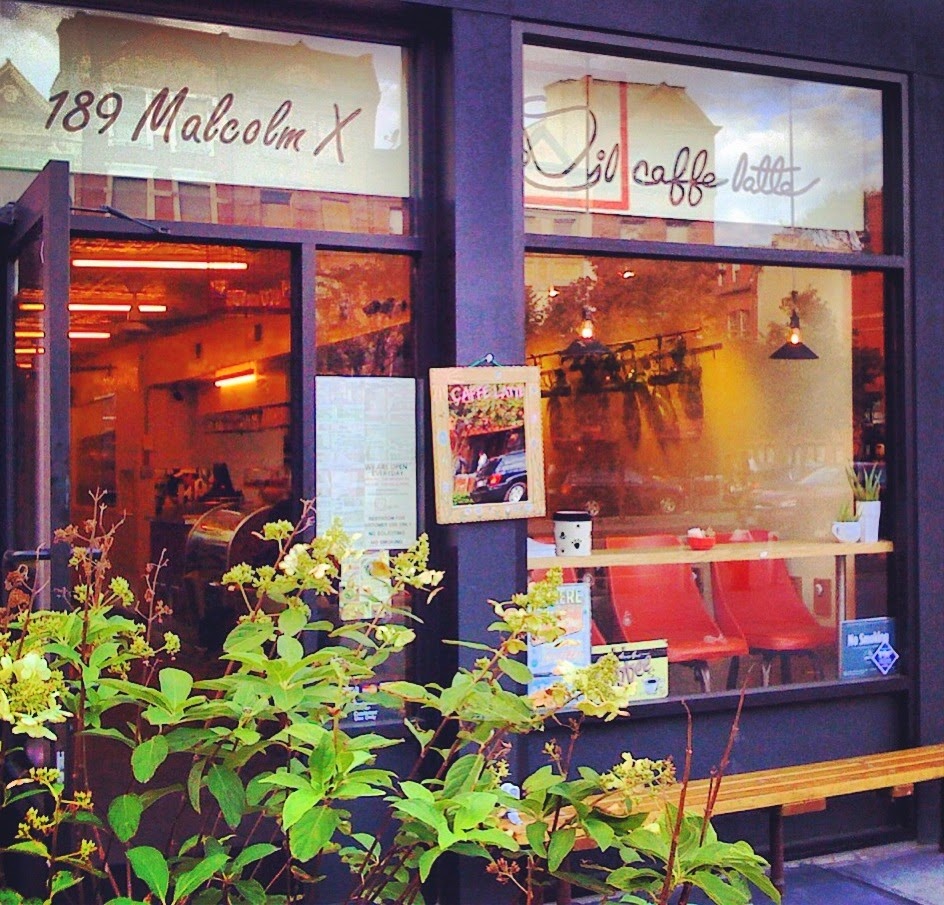 Between the still lingering ill-perception of excessive crime and somewhat over-priced commercial retail demands, Harlem's dining scene has had its ups and downs over the years. With that in mind, we thought it would be appropriate to go over the newish establishment that were pioneers not so long ago and who have since helped change the dining scene in Harlem.

IL CAFFE LATTE, 189 LENOX AVENUE BETWEEN 119TH AND 120TH STREET
Il Caffe Latte at 189 Lenox opened back in 2009 and was basically the first coffee shop in Harlem to add a little historic charm within its interiors.  Even though antique tin ceilings and exposed brick walls were considered a java shop standard downtown or in Brooklyn, none of the cafes uptown really embraced this aesthetic until Caffe Latte arrived by the corner of 119th Street.  Later on, Lenox Coffee would open further up the avenue and start somewhat of a micro-trend.  Double Dutch on Frederick Douglass Boulevard  would debut a few years later and all have since attracted the typical crowd that does not want the clinical, Starbucks version of a coffee joint.

This eatery is probably the closest approximation of a diner within the neighborhood and Il Caffe has attracted a loyal following over the years since it is one of the only uptown coffee establishments that has a full kitchen.
Posted by Ulysses at 10:56 AM