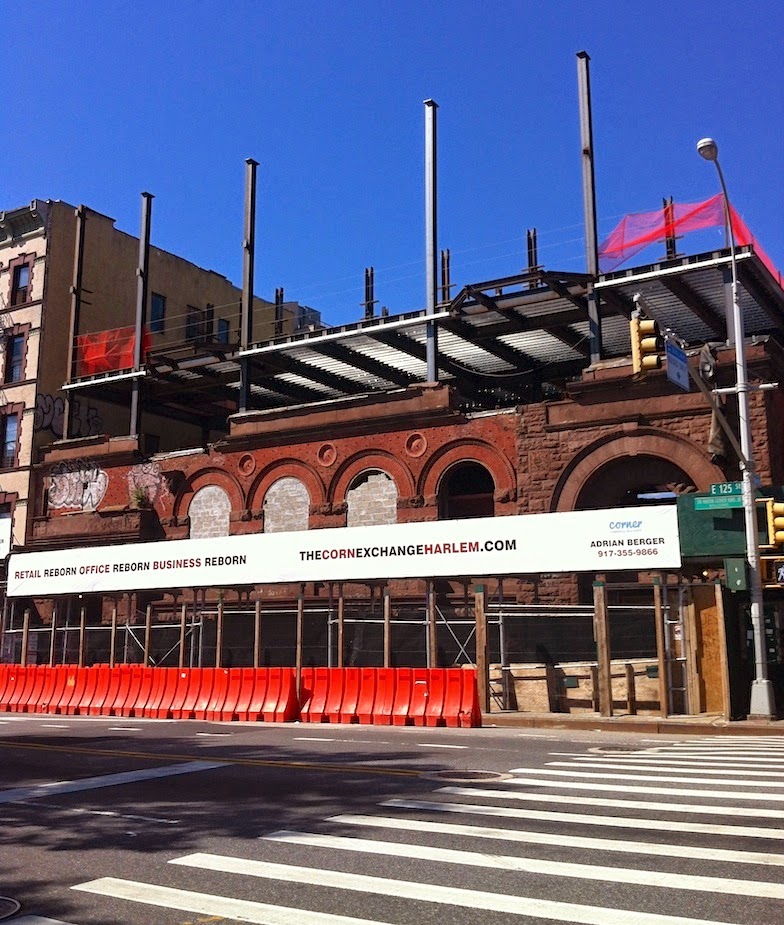 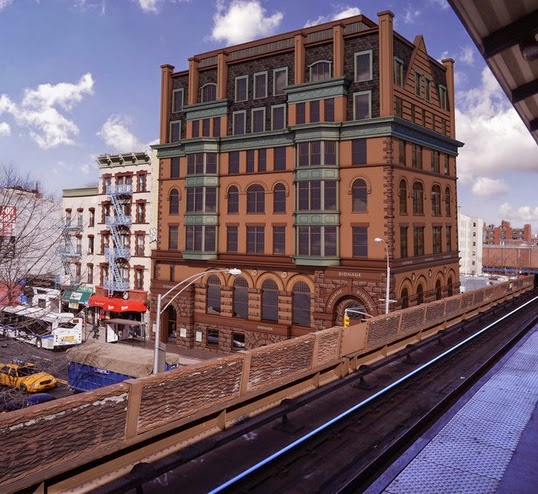 When we started writing about all the changes in Harlem back in 2009, the Corn Exchange Building was one of the landmarks that inspired us to do so.  This unique example of Queen Anne architecture by the 125th Street Metro North Station at Park Avenue was set to be restored but the previous owner had failed to maintain the building and the historic structure had most of its floors demolished by the city based on safety concerns.  Since the building also formerly known as the Mount Morris Bank is an official New York City Landmark, the new developer pretty much has to reconstruct what was lost.  This has happened previously in Harlem at Mount Morris Park West and coincidently, the same architecture firm helped plan for the rebirth of the Corn Exchange Building.

The steelwork has been rising rather quickly within the past couple of weeks and we expect to see some dramatic changes by the summer's end.  Office space at the top floors and retail at the street level should arrive once things start to finish up but anchor tenants have yet to be confirmed as far as we know.  A lot of the original buildings on East 125th Street past Park Avenue has been replaced in recent decades by nondescript architecture and having this Grand Dame return to the 125th Street will definitely be a welcoming addition to those coming into the city from the train station.  Check out our previous post when demolition first started at the Corn Exchange Building back in 2009: LINK

Lower image courtesy www.thecornexchangeharlem.com
Posted by Ulysses at 8:06 AM