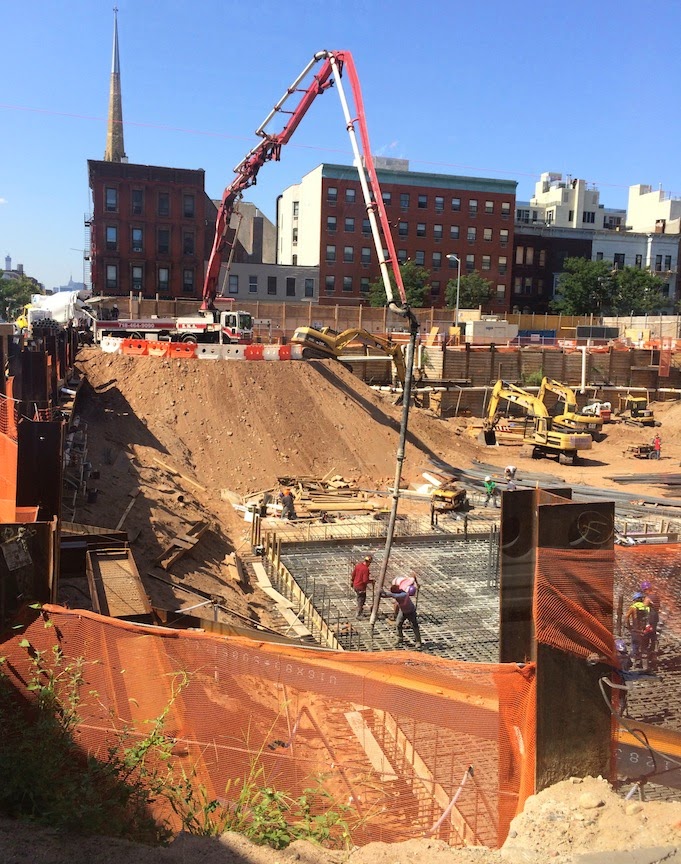 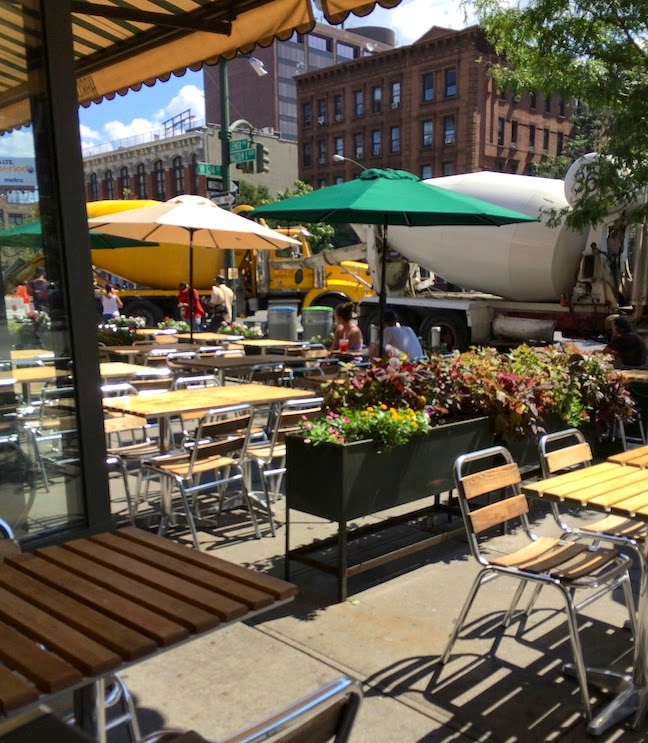 There was a lot activity on the Harlem Whole Food site by Lenox at the corner of 125th Street this past weekend and it included more than just digging.  A small squad of cement trucks descended the south corner of the development at 124th Street and blocked our view in the morning when having a quick breakfast at Harlem Shake on Saturday.  This construction site broke ground 8 months ago but it all looked like a big excavation pit until now.  As can be seen at the top photo, cement was being poured for the foundation so maybe an actual building will start rising by early fall.  Lack of major activity on the site might have been due to a freeze in funding but that situation has since been rectified: LINK
Posted by Ulysses at 9:01 AM