REMEMBER: THE RENAISSANCE BALLROOM THEN & NOW 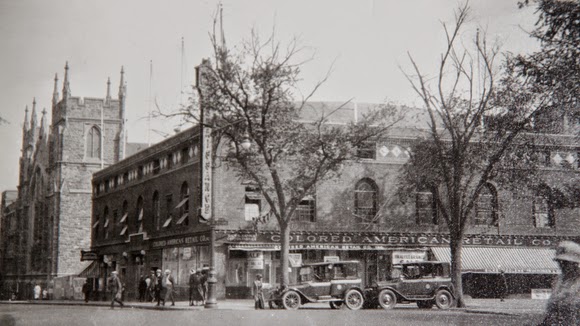 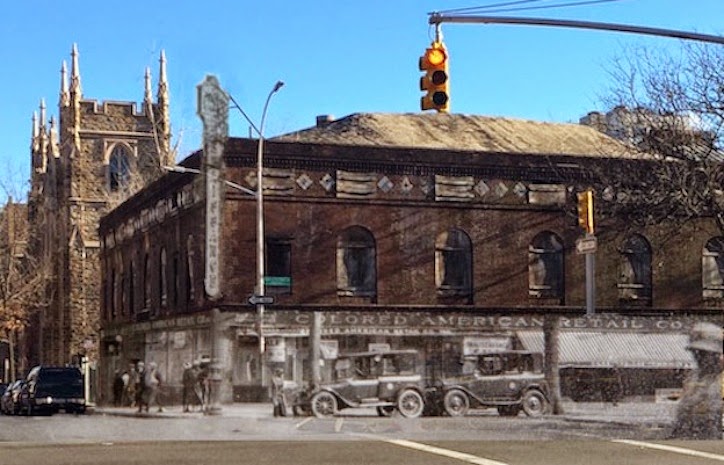 Now there are over 3,538 signatures signed up on a petition to save Harlem's last big ballroom space of the Renaissance decade from being razed.  At top is an original photo taken at the corner of 138th Street and 7th Avenue during the 1920s and we super-imposed some of the missing commercial elements on the building photo taken today to show that the structure pretty much has its architectural merits. Some say there is nothing to save but putting together a proposal to incorporate this local landmark only takes a little effort and an ounce of ambition.  Those interested in learning more about this local landmark and signing the petition to stop the demolition can go to the Change.org site: LINK
Posted by Ulysses at 4:39 PM