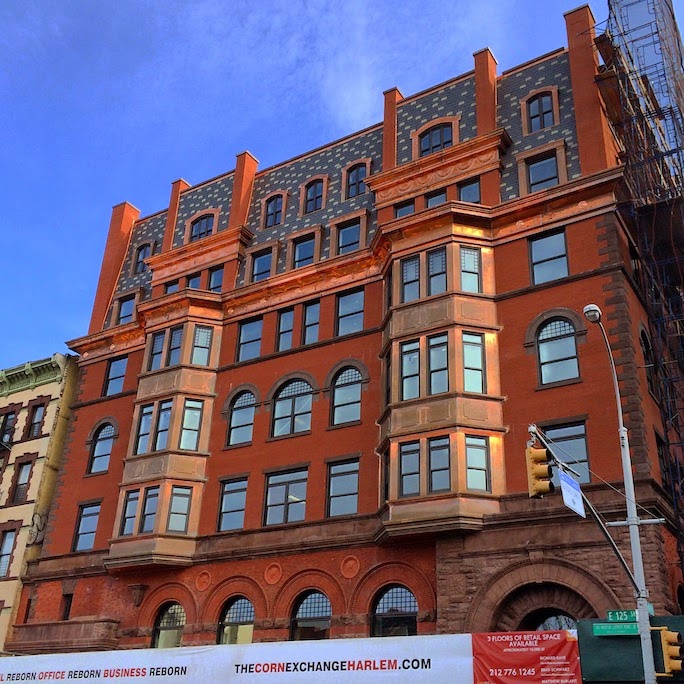 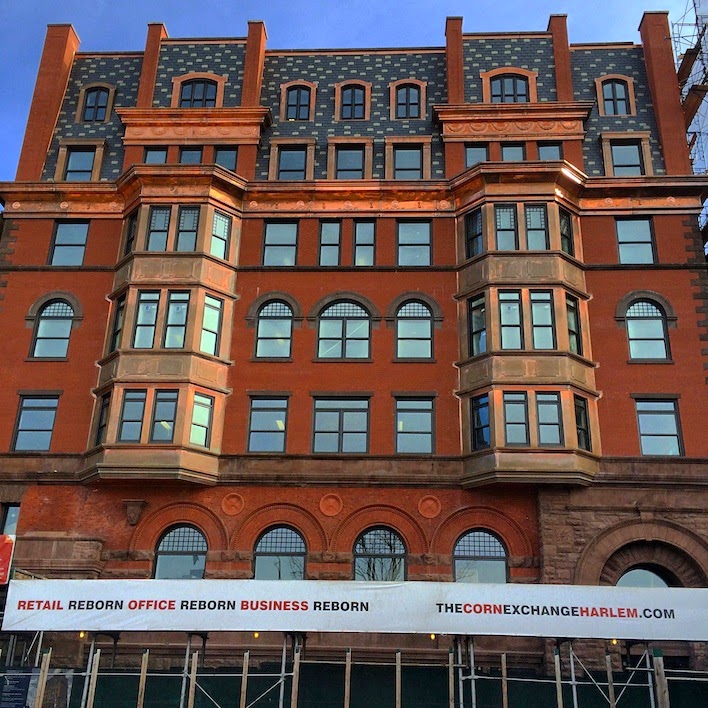 The 131-year-old Corn Exchange Building debuted its new facade this past Easter Weekend and the timing of this momentous occasion did not escape us. This Queen-Romanesque Revival local landmark on 125th by Park Avenue had been abandoned for over 35 years and the government demolished a majority of floors because of stability issues back in 2009.  After finding an appropriate developer a couple of years back, the structure started rising a year ago under a veil of scaffolding.  Much progress was at hand at the start of 2015 but nothing could really be seen until the past couple of days when the former Mount Morris Bank literally came back to life from the rubble.  There will apparently be retail space on the lower floors and more commercial space up top but an anchor tenant has not been secured at this point from what we know.  With all that said, we probably could use more individual landmarks uptown to help protect Harlem's history and prevent the demise of such legendary addresses such as Lenox Lounge or The Renny in the future.

Check out our past post to see what the building looked like previously: LINK
Posted by Ulysses at 9:34 AM