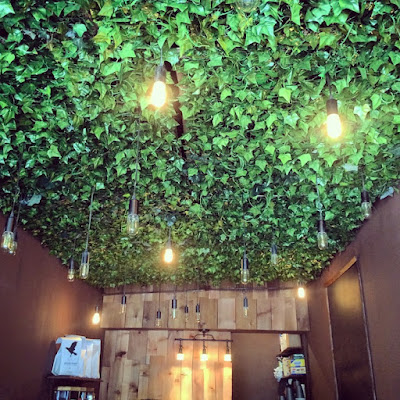 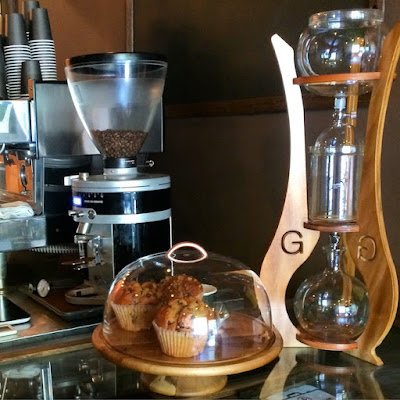 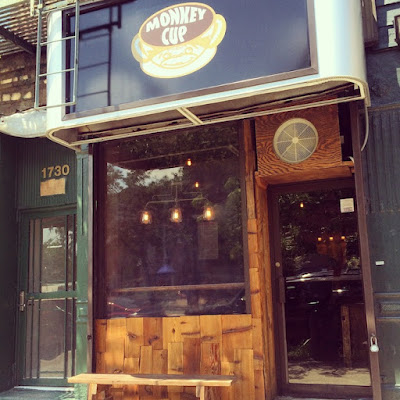 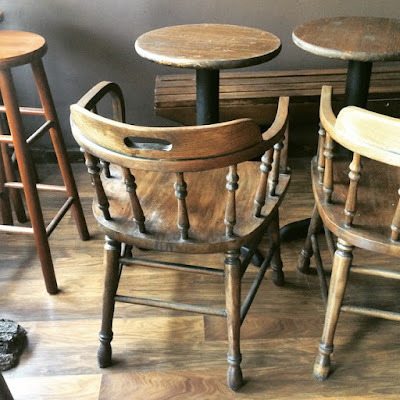 Hamilton Heights new coffee shop called Monkey Cup just opened over the weekend and we were able to check out the space with an interior inspired by the greenery of South America.  The Harlem couple who opened the java joint originally grew up in lush Venezuela and have now brought a bit of tropical flavor to Amsterdam Avenue just south of 146th Street.  A major dramatic standout of Monkey Cup's interior is the leafy roof that accents all of the wood tones within and also the roasts from Irving Farm.  We had a latte to go on Saturday and will say that it was one of the best cup of coffee we have had all year.  Hours are now from 7:00AM-8:00PM for the soft opening thus far and pastries are also available for those who want a bite with their brew.  More details on this new Hamilton Heights spot can be found by following @themonkeycup on Instagram
Posted by Ulysses at 9:10 AM