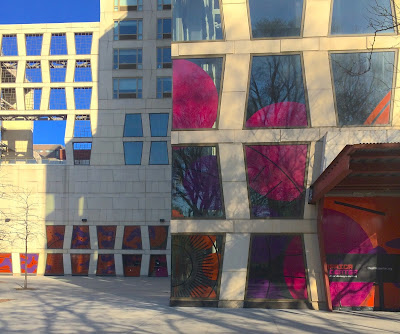 Some might be wondering what happened to the planned Museum for African Art at the base of the new A.M. Stern building on 110th and Fifth Avenue since it was set to open a couple of years ago.  As many might remember, the impressive condo development facing Central Park on the East Harlem side of town had a hard time a few years back with sales until the new construction was named One Museum Mile.  This was a play on the many famous museum that line Fifth Avenue and the African art establishment would have been the new crown jewel.

The opening of the museum was delayed several times between 2007 to 2012 because of lack of funding and an announcement this past spring states that the ambitious plans will no longer go forward as initially conceived. One Museum Mile will now be home of the Africa Center which has a mission to promote African culture, policy development and business in the city.  More details on the new direction of the former museum can be found in a recent article by IRAA: LINK
Posted by Ulysses at 9:27 AM